Yesterday was yet another beautiful day, so it was time for another walk. I walked along the beach in Ohiwa this time, and had company as well – Marion, from France, a fellow traveller who is also staying with a host family here in the Opotiki area. She’s staying in Ohiwa, so we walked the beach from her host’s place, which has the kind of view I doubt I could get tired of: 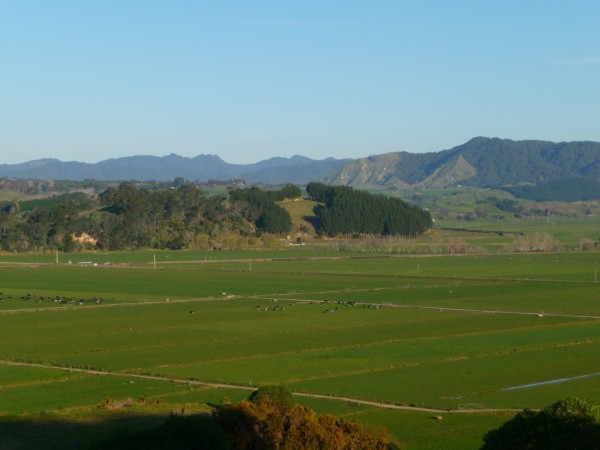 For some reason I didn’t take a picture of the waterfront facing area and patio, but it was even nicer. I’ve enjoyed staying with my hosts here in Opotiki, but I certainly don’t have these kinds of views (I look at hedges and an evil banana plant).

Actually, before I go on, speaking of Banana plants, they are absolutely DISGUSTING to cut down/clean up. They grow very large at times, and have multiple stalks to cut down after they fruit or die from frost. Even when they are dead, their insides are incredibly damp and mushy. Kind of picture sawing into a well-over-ripened banana that’s also filled with juice and you kind of have an idea of the work I did for about an hour. While sawing, the plant smells like rotten bananas. And then you have to carry this heavy, large and dripping wet stalk over to the compost brush. I smelt of rotten bananas all over once I had finished. I like bananas, but that was awful. Just something about rotten fruit. Blech.

Anyways, the walk was enjoyable and ended up at the base of the Pa site I had hiked previously, giving a good ground level view of it.

Unfortunately the ice cream shop was closed, but we did find something else. 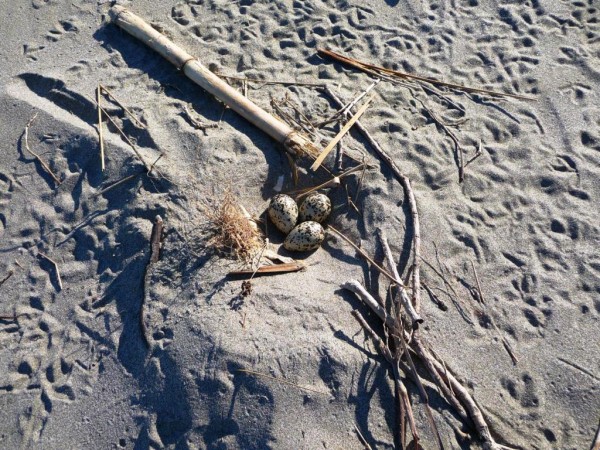 Just happened to stumble upon these eggs. There was a very angry bird nearby, so we didn’t stay long taking pictures. There was also a fur seal that came out of the ocean during the walk back, but having already shown you a few I didn’t figure to get more pictures this time. 🙂

That was yesterday, the last of the nice weather days. Today, unfortunately, the heavy rains rolled in. Naturally, this is because I’m heading off travelling Monday and Tuesday. I swear, I’m cursed. Unfortunately, poor weather would mean once again scrapping a lot of my plans on Monday, but that part is out of my hand, the tour operator will decide whether or not I get to take a boat out to a little island or not…