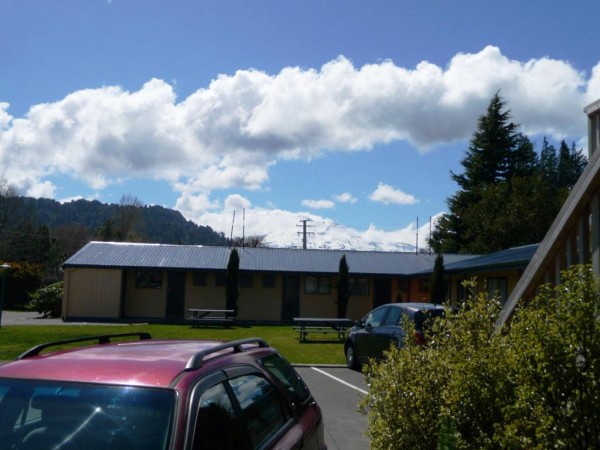 The sun FINALLY came out to play, after 4 days of drizzle, rain and cloud. My work kept me busy until 1pm today and the ski hills close at 4pm, so instead of rushing up there I instead went for a nearby hike in a forest.

What, expecting an alpine hike? Those are under snow still unfortunately. The snow this season has stayed pretty deep even into October – the ski season on Mt. Ruapehu is continuing until early November. Anyways, continuing my hike…

Eventually got to cross the river I kept hearing, lots of runoff from the nearby mountain.

Ater an hour or so of hiking I returned to the car park – and decided to drive about 15km. First, a quick stop at a waterfall. Ruapehu is still in the background here.

Then, onwards to my goal – the snowline. 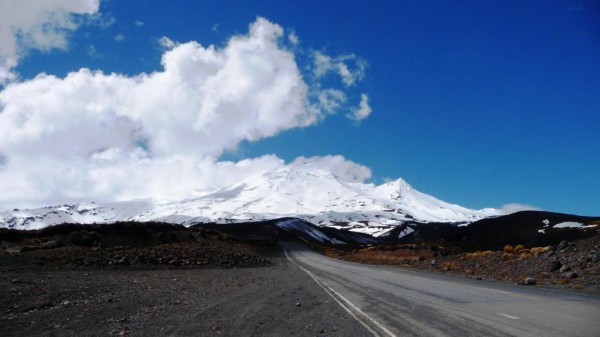 Being a weekday, it was pretty quiet at the bottom of the ski hill so I could wander around at ease. Now I just need to hope for a few more days of better weather so that I can get a chance to get up there earlier in the day…and learn to snowboard <eep!>