I realize that doesn’t sound like a ringing endorsement for the city, but the place simply doesn’t have the best of reputations. After John Cleese visited the city in 2005, he was now famously (in New Zealand) quoted as saying ‘If you wish to kill yourself but lack the courage to, I think a visit to Palmerston North will do the trick’. Yikes. Even Kiwis have no interest in the city, as they recently ranked Palmerston North DEAD LAST in the whole of New Zealand as domestic places they’d like to visit. Yikes, again. As for myself, Palmerston North was hardly out of my way, so I was curious to see just how bad such a place could be.

I arrived on a drab, grey day, so I spent much of it indoors. Thankfully, since Palmerston North has about 80,000 people, there are quite a few indoor options to keep one busy. There are a few interesting museums, most notably the only Museum of Rugby in the world (newly opened in 2011 for the Rugby World Cup). But it cost money, so I went to the Museum of Art, Science and History instead (it was free).

It was also very good. Their temporary history exhibit was about Anne Frank, which was an excellent piece. The Science exhibit wasn’t open sadly. The art section was actually pretty enjoyable. It was photography about the storage areas of various museums around New Zealand. Kind of neat, and very good photos.

The next day saw much better weather. In addition to spending some time exploring the surrounding countryside, I spent quite a bit wandering around the town of Palmerston North itself, specifically the downtown core, centered around a beautiful garden square.

The Museum of Rugby is now one of the items Palmerston North totes as a tourist attraction. The well laid out central square is probably another. A third? It’s Library. Which is kind of odd since most cities in New Zealand have good libraries, but this really was a very nice library.

Shops ringed the square, giving the entire area a very vibrant and alive feeling. In addition to this, there was quite a bit of art along the sidewalks. Hm. When I was standing there taking this picture, this thing made me angry, as in person, it looks nothing like the infinity symbol, which it supposedly represented. But dammit, the picture makes it actually look somewhat like the darned symbol now. GAH. 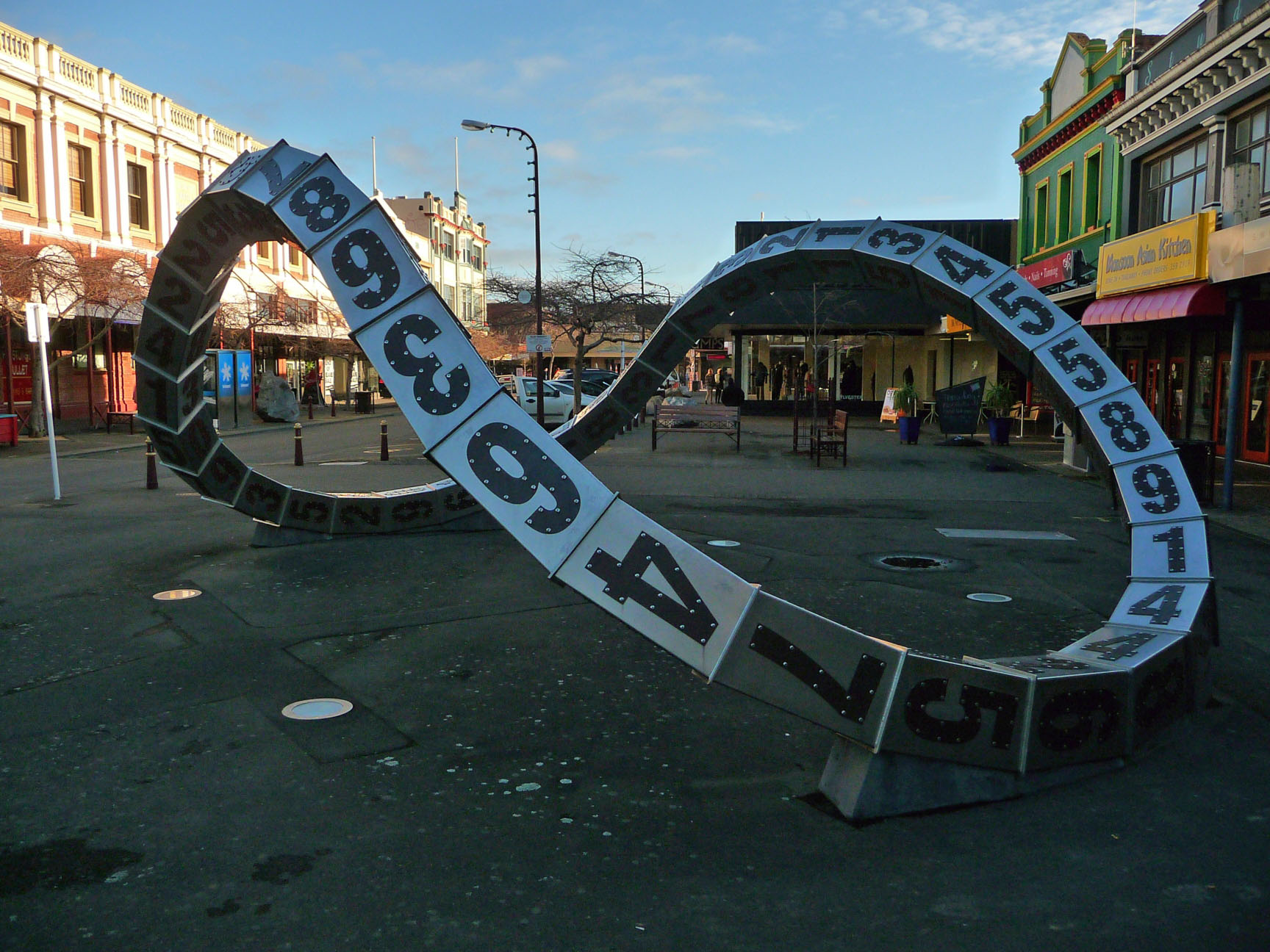 All in all, Palmerston North itself was fairly pleasant. Palmerston North is the main hub city for all the surrounding farming villages, as well as a crossroads of a few highways, so there is still a decent amount of money flowing through the city. Just, not much tourist money. And from my perspective, I enjoy that. Things cost less in the city, the streets are a bit less busy, the hostel was quiet and cozy (and had an awesome new kitten to play with). And you can’t say the residents don’t have a sense of humour – in 2007 they renamed their local garbage dump in honour of John Cleese.