Within the downtown area of Melbourne lie not only numerous parks, but several European-styled Cathedrals. Todays walk encompassed several of both types:

It also happened to be on another pleasant weather day. Good times to be outdoors, even early in the morning. My walk started near my hostel this time, with this strange water fountain. I could see my first cathedral in the distance. 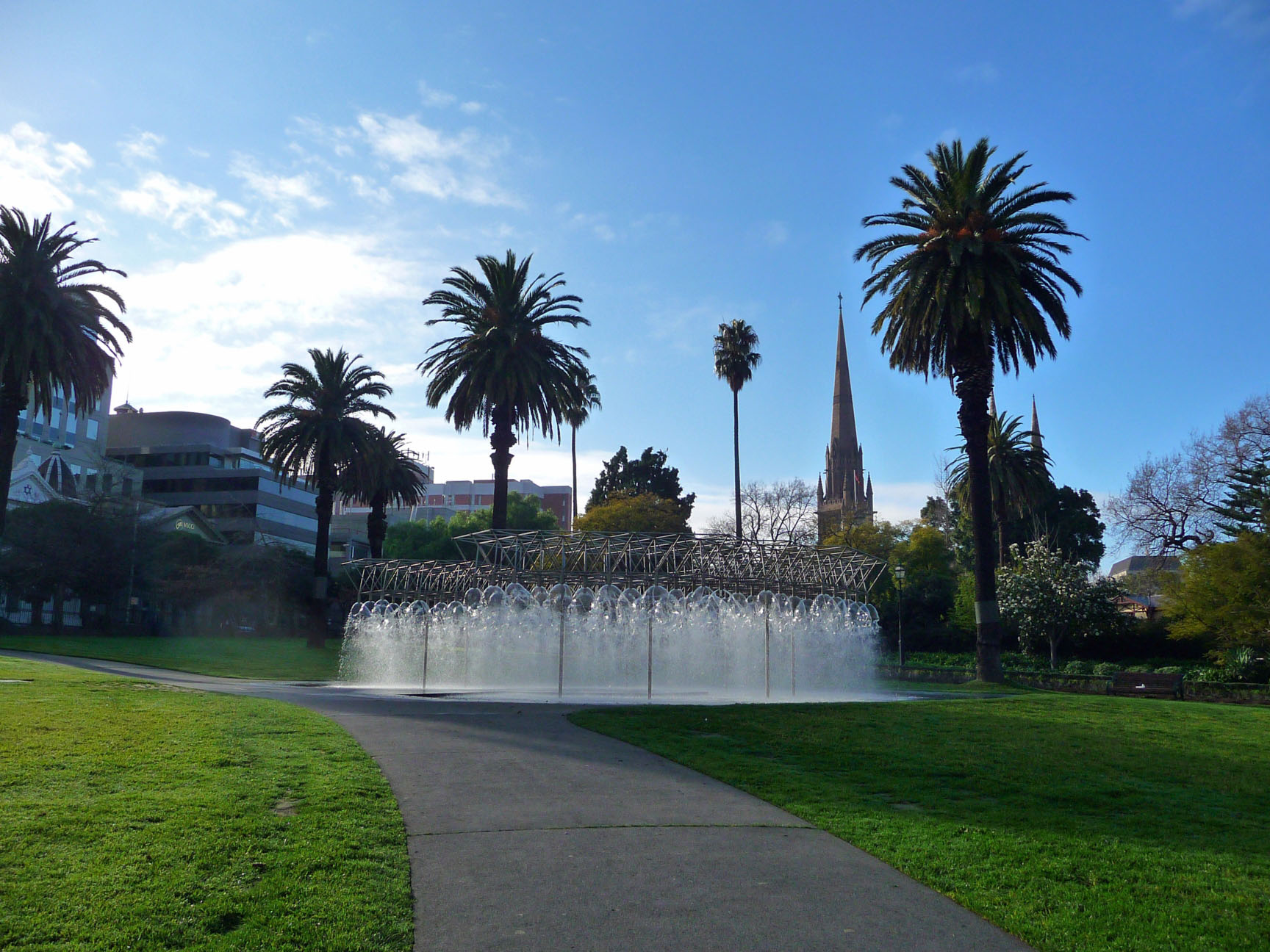 The more impressive of the two I visited on the day, St. Patrick’s Cathedral.

The grounds around St. Patrick’s were also very impressive.

Onwards to the park portion of the walk, I headed into the impressive Fitzroy Gardens.

In addition to the numerous trees and greenspaces, Fitzroy had some oddities, such as this: The Fairy Tree.

Next up was Captain Cook’s cottage. A bit of an oddity. It was originally built in England but moved to Melbourne nearly 200 years later to commemorate the city’s centenary. It is not believed that Captain Cook actually lived in the cottage, but his parents did, and Cook visited from time to time.

But I found this much stranger. While there are quite a few monuments around to people of the British Empire, I can’t say I’ve seen many memorials for American presidents. I’m still unclear on what JFK did down in Melbourne (google doesn’t turn up much), but there were gardens and a memorial for him in Fitzroy Gardens as well.

One of the things that isn’t apparent in the Fitzroy Gardens pictures is the noise. Not city or street noise, but the bird noise was very much surprising. It might have been because it was in the morning, but the cacophony from the various squawking parrots to the bizarre laugh of the kookaburra was interesting to hear.

The final part of my walk took my to the 2nd Cathedral, St. Pauls. St. Pauls is in the center of the downtown, opposite Federation Square and Flinders Street Train Station. 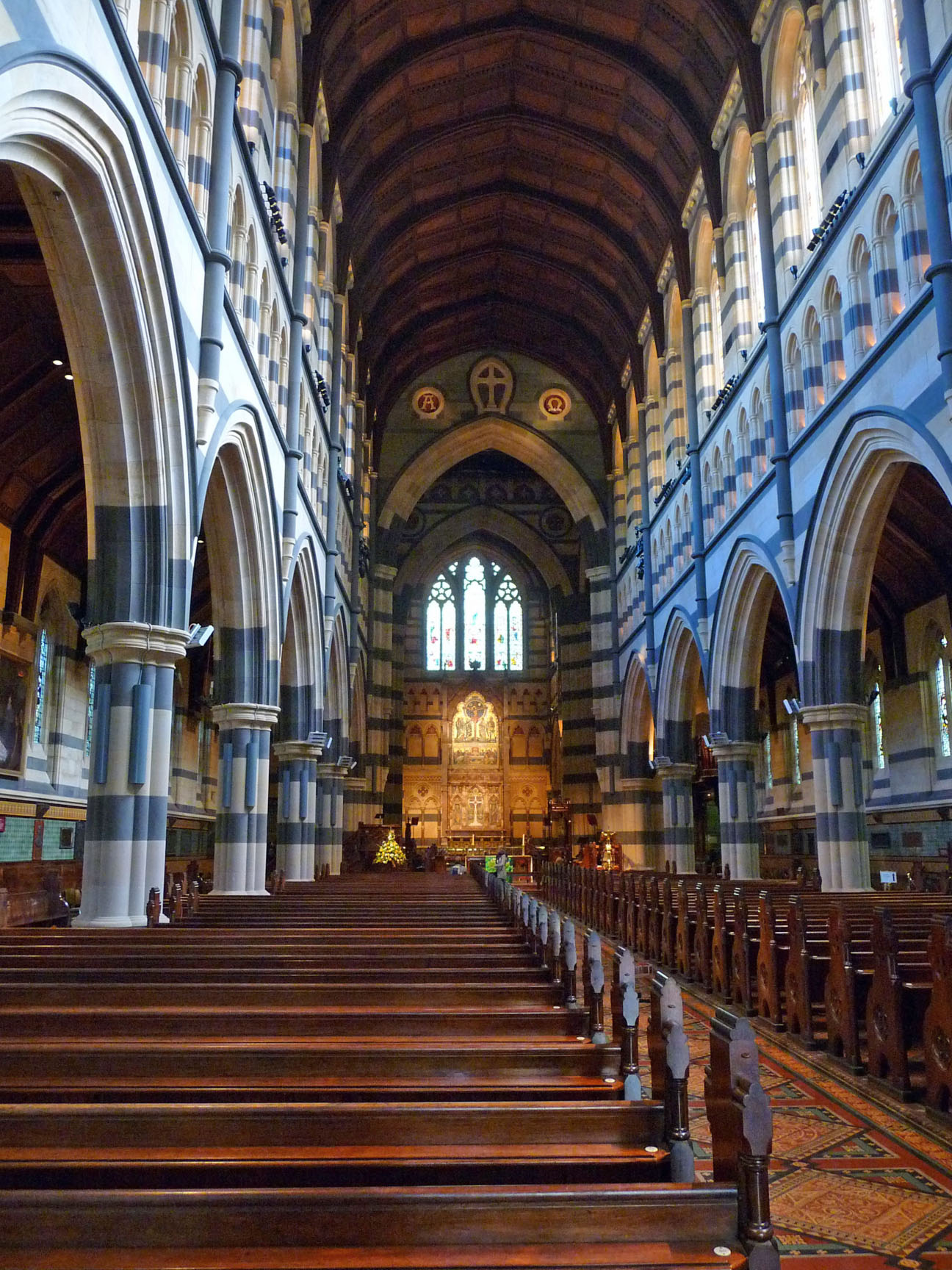 All that walking, and I still had one more daywalk to do. But that would wait for another day.