I’d had enough of Adelaide. The decision was, where to go next? Adelaide makes a great cross-roads city.

From Adelaide, you can travel by land to the distant west city of Perth, return south to the bustling city of Melbourne, strike out east towards the gorgeous eastern coast cities of Sydney and Brisbane, or delve north, to the Red Center and beyond to the tropics of the North End, and Darwin. I considered all of the options, but one thing was calling me. A big Red Rock in the center of the continent just had to be seen. I joined a tour departing from Adelaide and started my journey northwards.

At Too-Early-O’Clock, I and about 20 others piled onto a lovely tour bus, stowed our bags, and began the start to a long journey. As it turned out, several of the people on the tour had already been together since Sydney or Melbourne, but many of us were new to the group. I was shocked – I was about the average age. Normally, I run towards the older end of the age spectrum on these young adventure/active type tours, but not this time!

We departed Adelaide under the morning dawn and headed towards our first stop and a stretch of our legs. The Whispering Wall. 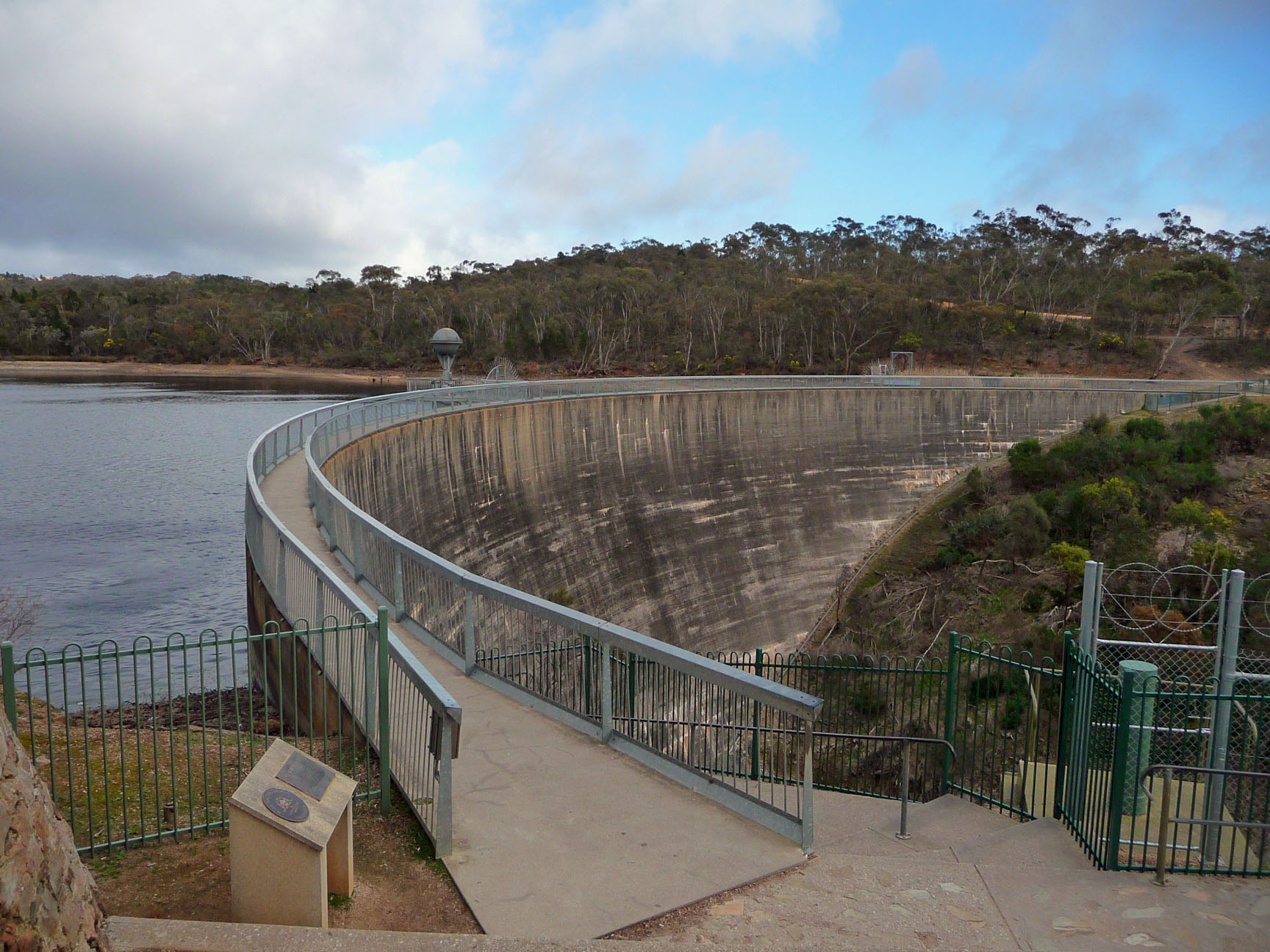 The wall is an architectural oddity. Because of it’s curved construction, you can stand at the far side of the wall and be able to clearly hear someone whisper near the opposite side of the wall, 140 meters away! We didn’t spend too much time here, it was mostly a leg stretching-bathroom breaking stop, but it was an amusing one to start the day.

As I had made mention of previously, Adelaide is near some of the most well known wine regions in Australia. We passed through the mighty Barossa valley and made a stop at a winery in the Clare valley. 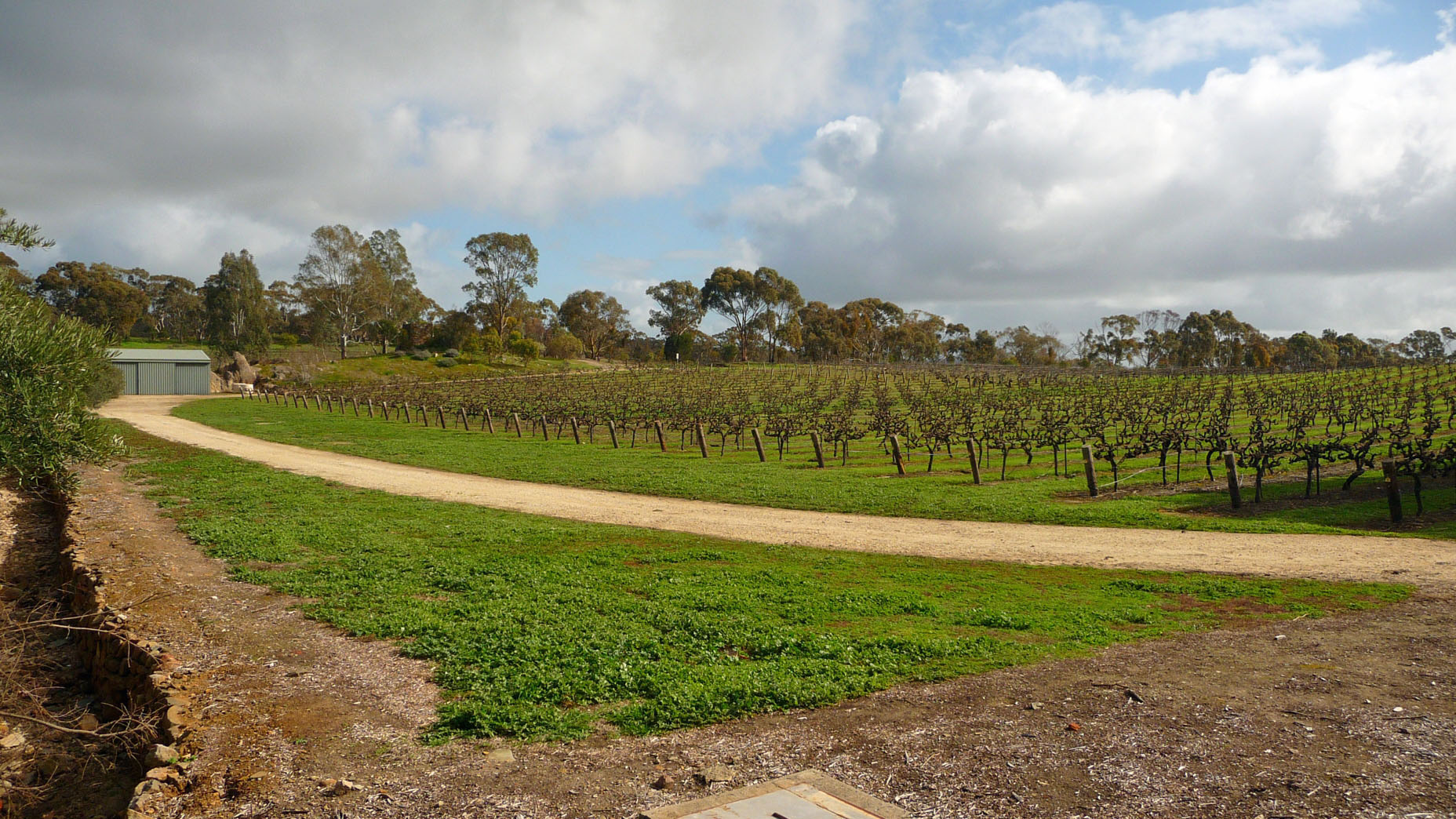 This wasn’t just any vineyard though, this was the SevenHill Cellars, which dates back to 1851…and was established by Jesuits! To this day it’s still owned and run by the Jesuits, the last one in Australia to hold that distinction.

The interior of the church was pleasantly spacious and spartan. It’s still a church in use, standing on the grounds of the vineyard.

The Sevenhill winery itself is quite an impressive operation. They originally started by making sacramental wine, and while they still make that variety of wine to this day, they also have several other varietals.

They also have plenty of cellar space for their numerous casks of wine.

After we enjoyed our light lunch, the group turned to the main Cellar Door area of Sevenhill, where we were treated to a robust tasting of their wines. We started with a few of their whites, especially the Riesling.

Surprising, to me at least, the Riesling is the primary grape of choice for the Clare Valley area, NOT the Shiraz, which is what I typically think of for Australia. That being said, they still had several reds that we got to taste.

All very nice. Our final wine was their sacramental wine, then we got a chance to wander around the winery a little more before jumping back on the bus.

From the Clare Valley we continued north-bound, only stopping on occasion to stretch the legs and use the facilities. Already, places were looking fairly deserted, such as this town we had a break at. There was simply NOBODY around. It is a little eerie.

We had one final stop for our first day, before our town of destination. We made a trip to the Warren Gorge for a short hike. The views were the reason we were hiking, it was this little guy.

The rare Yellow-footed Rock Wallaby. They exist in relatively small pockets, amongst gorges and ridge terrain. They are distinctive with their banded tail, and are excessively cute. We actually got lucky and spotted a couple of them! 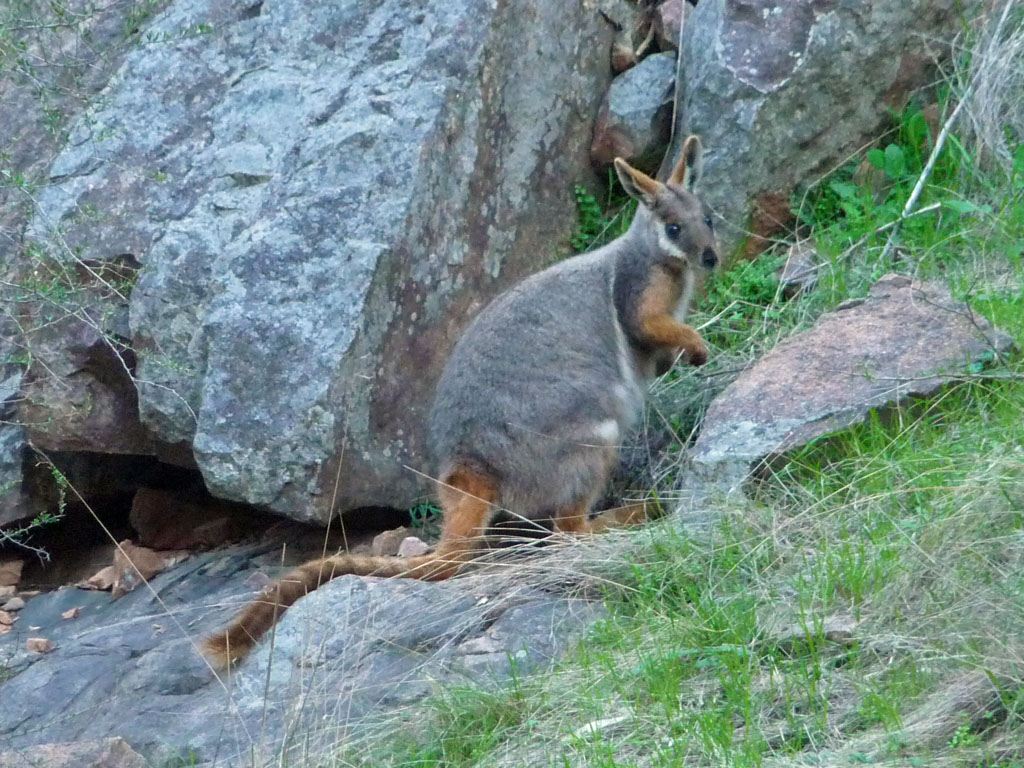 The gorge itself, while only being a couple hundred meters long, was also quite scenic. It also marked the start of me seeing red rock everywhere.

The group bused over to the small town of Quorn, which would be our home for the next two nights. I took a quick wander around the nearly empty town as the sun was setting.

Unfortunately, the ‘Quornucopia’ shop was closed for the day, so I didn’t get a chance to explore it.

For the dinner we tucked into a lovely meal at one of the 4 pubs in the town. Surprisingly, the Chicken Curry was quite good – people were a little apprehensive when ordering such a meal in a tiny, remote town, but I rather enjoyed it. We all retired for the night back at our private motel/hostel (nobody else would be here anyway I suspect!) and tried to get a good night’s sleep before our big day of hiking tomorrow. Because tomorrow, we were headed to the Flinders Ranges – some of the oldest mountains on earth.