Departing Coober Pedy and heading towards our stop for the night in a tiny spot called Marla, we made a detour for two peculiar sights – one being man made, the other naturally forming.

The first stop was one created by men. The Dog-Fence (also called the Dingo Fence).

Yup, it’s just a really big fence. But it serves an important purpose. The South-East of Australia has a booming livestock trade and some of these animals (sheep and smaller) would be prey to dingoes. The Dingoes are kept north of the more fertile southern lands thanks to this massive fence. It stretches 5300km from South Australia, into Queensland and towards the East Coast. It is the longest fence in the world.

And yes, it is just a simple chain-link fence. So while it is strongly believed to be useful in keeping dingos from heavily populating the south, it’s not perfect. Holes have been found and more troubling, feral camels are crashing through the fence and causing large breaks in the line. It’s not a perfect solution but the idea is a good one. There are talks now to upgrade the fence to make it larger and electrified.

From the Dingo Fence we continued off-road to the geological formations known as the Breakaways. 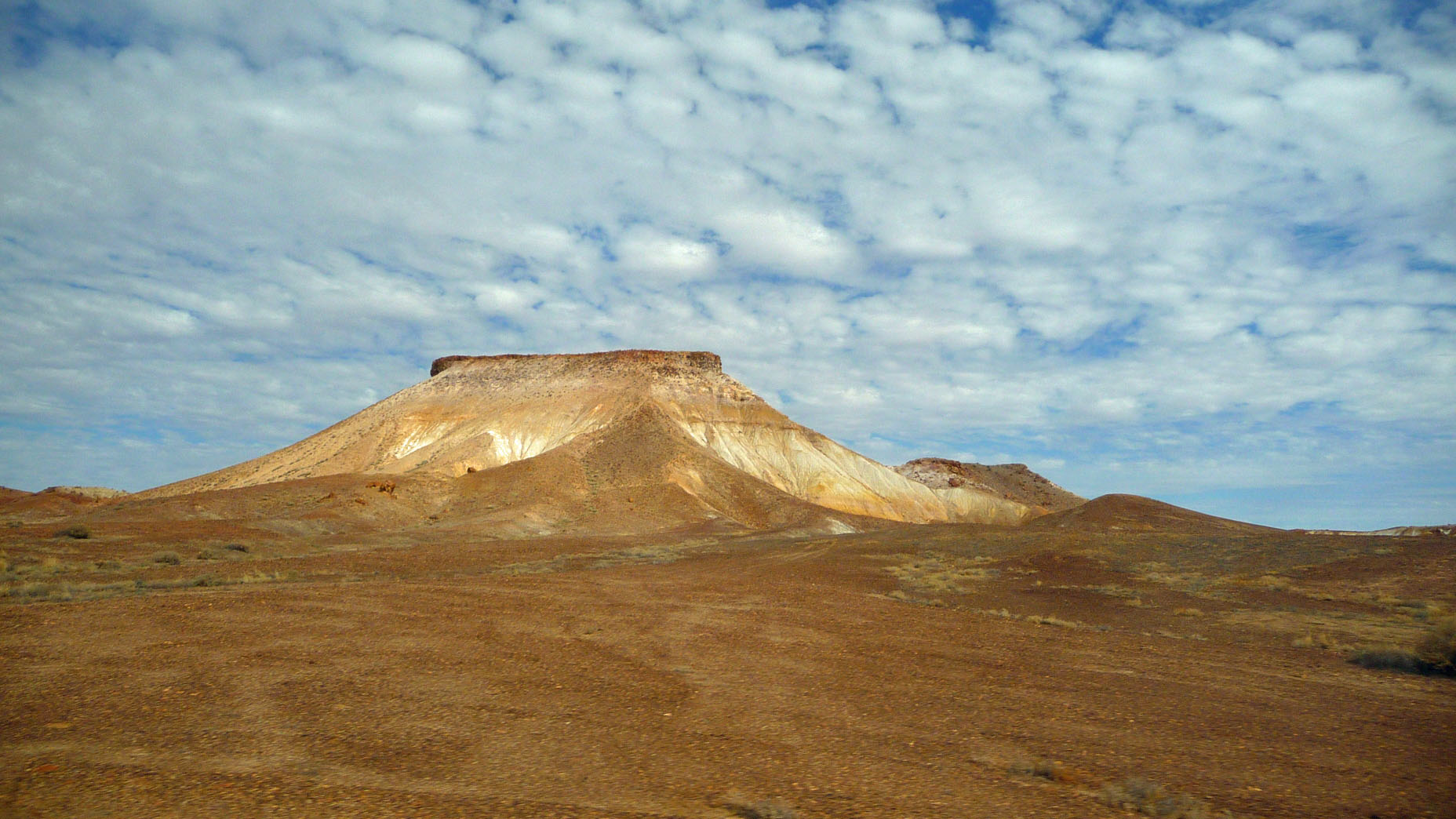 The Breakaways are interesting, varied, and at times actually look like they should be man-made. Some have flat-ish tops while others are odd looking conical formations (look at the far right), as if poured from a machine.

And then there is the randomization of the colours found here too. Despite being adjacent, these two (named Salt and Pepper) are distinctly different colours.

The prevailing theory behind the Breakaways is that millions of years ago the region was a massive inland sea. This caused the formation of the strange deposits and when the sea evaporated the stony figures remained.

Like many spots of Australia, it’s hard to imagine this place filled with water.

The area is small in overall size but when you are standing there it still feels pretty grand in scale. This is only further emphasized by the lack of other surrounding land forms. Outside the Breakaways the land returns to the flattish/slightly rolling hills of the Outback.

Following our drive through the Breakaways we finished our drive in the tiny town called Marla, where we camped for the first time. This was quite posh camping as we had permanent tents to call home with bunks, mattresses and everything.

The next morning we completed the first major portion of our journey. We left South Australia and crossed over into the Northern Territory.