Australia has a fairly limited rail network, but it does service most major corners of the continent. Adelaide especially serves as a crossroads of the two longest distance trains, the Indian-Pacific and the Ghan. The Indian-Pacific runs East-West, from Perth to Sydney, while the Ghan runs North-South from Adelaide up to the far reaches of the tropical north of Darwin.

The Ghan itself is a massive train. The average length for the Ghan is about 700 meters long, though during busy seasons it can be extended to over 1.2 kilometers in length, making it one of the longest passenger trains in the world.

Yup, it’s a long train. Just about all of them are passenger cars, with a few dedicated to meal and lounge type areas. In addition there were two carriages for loading your car onto – get up to Darwin without having to drive your car, yet you can drive from then on! I was surprised to see that service. There were quite a few (probably 20+) cars loaded on.

The Station in Alice Springs was a pleasant place to wait an hour until it was time for boarding.

I wasn’t quite sure what to expect in terms of comfort. The overnight bus I had taken from Melbourne to Adelaide was downright awful. The local commuter trains weren’t bad, having decent room to move about. The Ghan? HUGE amount of leg room. Stretching out my legs fully I still couldn’t touch the seat in front of me. It was wonderful. All that was missing was a footrest, but one can be constructed out of things I brought on board.

Everyone settled in for a relatively bumpy train ride for the night. The overall length of the journey from Alice Springs to Darwin takes around 24 hours, including a stop in the town of Katherine. Surprisingly, this whole section is fairly new. Adelaide to Alice Springs had been in operation since 1929, but the extension up to Darwin wasn’t finished until 2004, costing an estimated $1.3 billion Australian.

As for Katherine? There really isn’t much in the city itself. Nearby is the Nitmiluk National Park, home of the Katherine Gorge, but since I’d be seeing some impressive waterways near Darwin during my stay there I opted to save my money and stay in town instead. And buy some ice cream. They ran out of cups so they put it in a coffee cup instead. But they also gave me an extra scoop for my troubles. Score!

The Katherine River. Perhaps not to impressive right now, during the dry season.

During the wet season? Yup, it has reached those markers. Those are *meter* markers.

The ‘historic’ railway bridge of Katherine. It definitely didn’t feel historic while crossing. Dilapidated, graffiti’d and other various terms came to mind, but historic, not so much. Just because something is old doesn’t mean it is necessarily notable anymore. 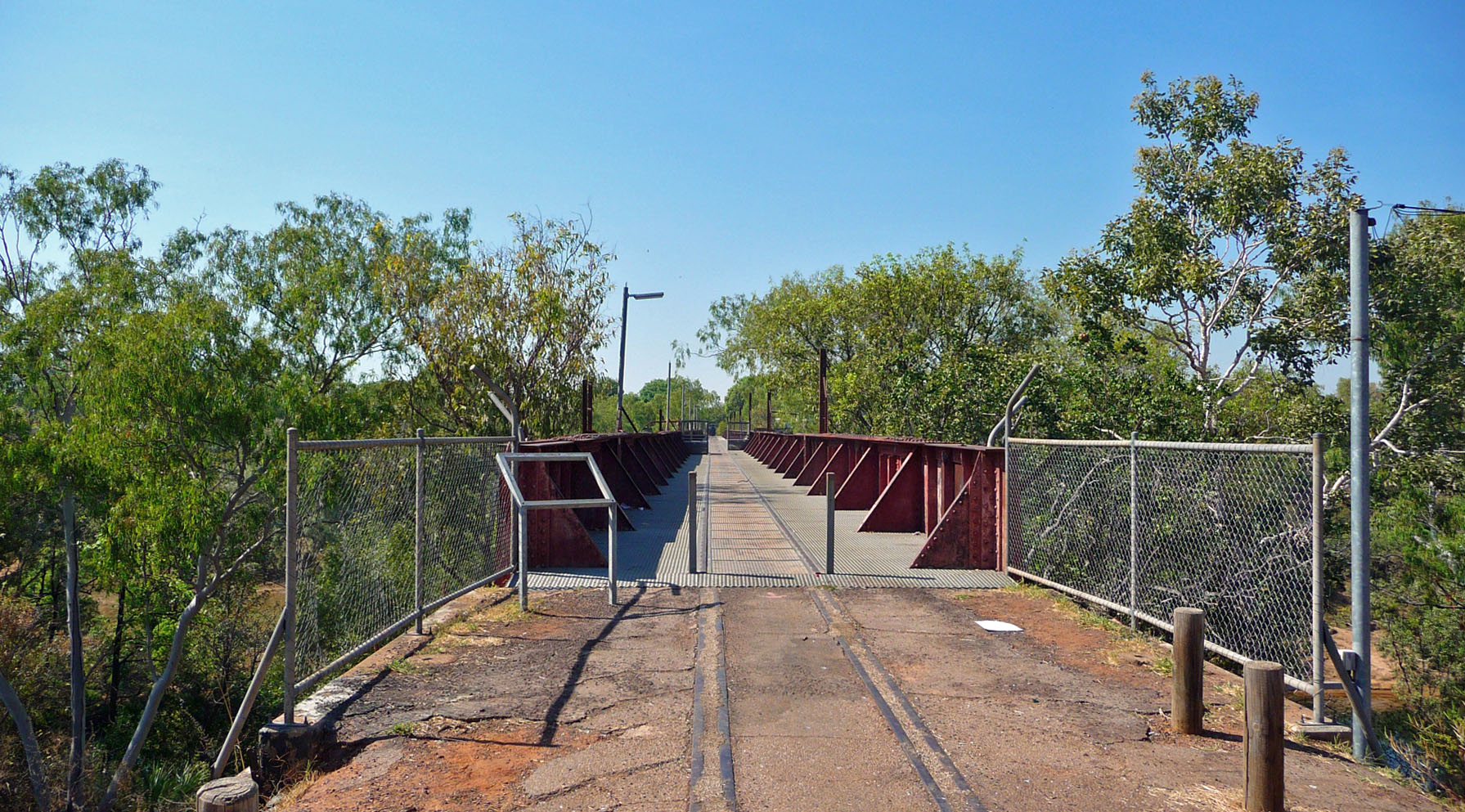 I did enjoy reading the local history of the flooding Katherine gets to endure every several years.

So not only was Katherine a relatively crappy little town, it’s one that has a history of flooding and destroying the town or nearby infrastructure. This is one thing that baffles me about some people. You continue to choose to live in a spot that will only destroy your home, eventually. And then ask the government to help you rebuild in such an obvious flood-prone area. Silly folk. Maybe move somewhere that doesn’t have such obvious issues?

The rest of the train ride into Darwin was uneventful and we arrived under the cover of night.