For our day in Exmouth we had a free day, though all of us opted to join in the guided activity – head out to Turquoise Bay for a day relaxing in the sun and surf. As expected the scenery was once again sublime. 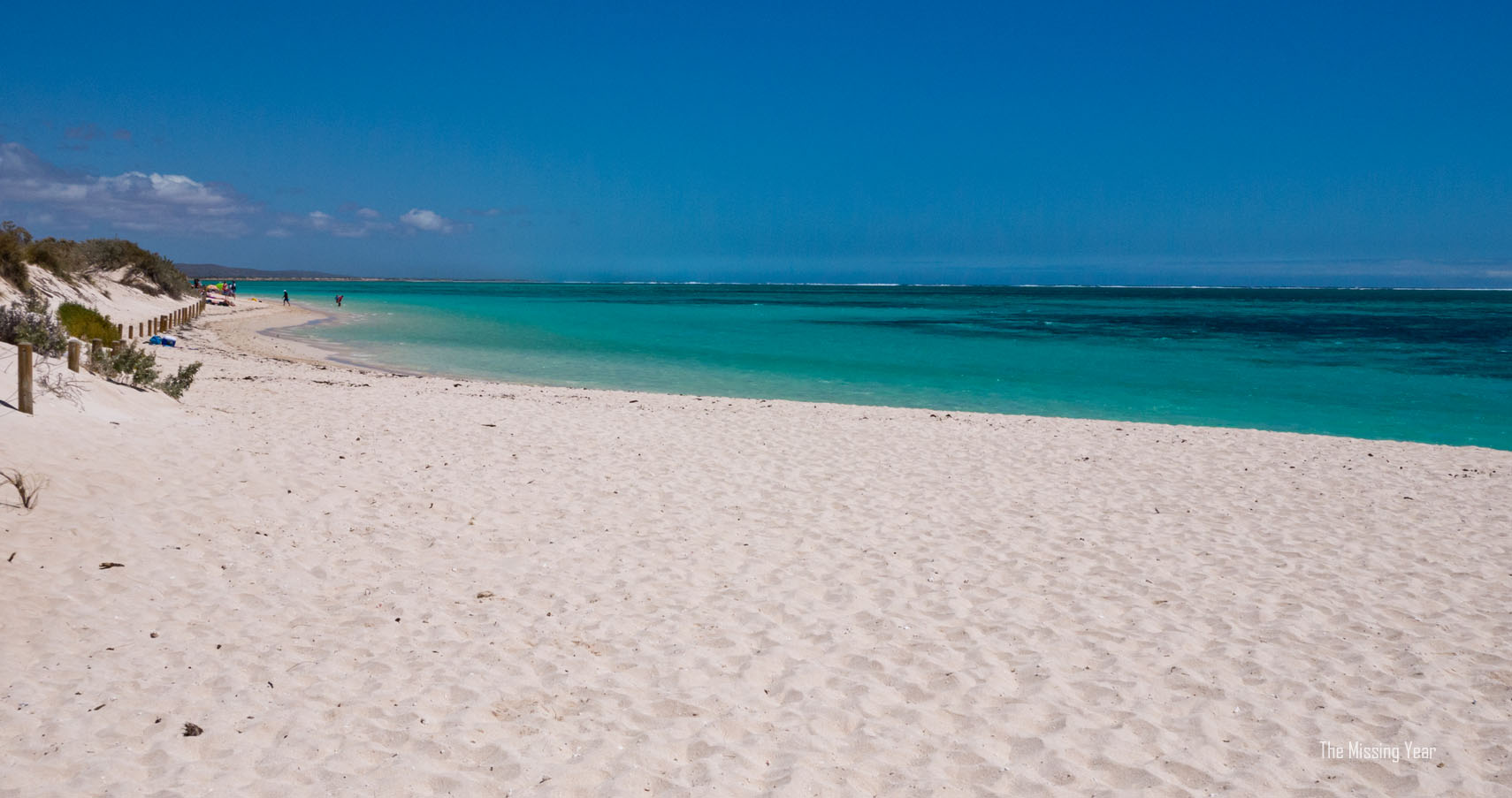 We took to the water once again for a snorkel, but the sea was angry that day my friends. Well, not too angry, but there was quite a bit of wave action stirring up silt and obscuring views. 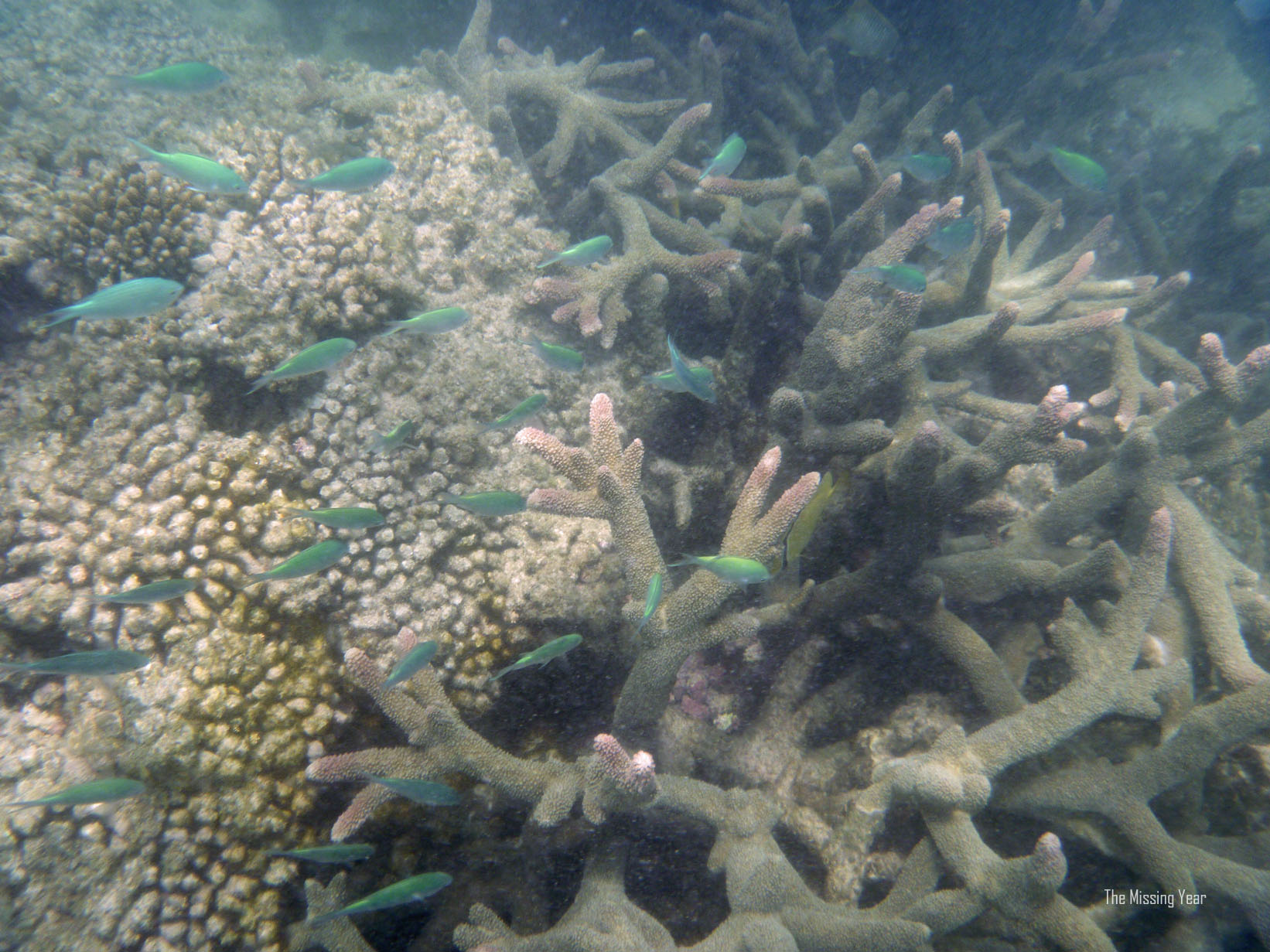 The highlight of this snorkel was finding a feeding frenzy of fish in one spot. There were dozens of these yellow and black fish eating away.

Some bigger fish would also stop by to check things out. They seemed completely oblivious to us snorkelers hovering just above them.

Back on the beach we relaxed, played some games, had lunch and just enjoyed the sun. Later in the day we made our way back to Exmouth, but made a stop at a lighthouse which was situated high atop a hill. On the right hand side you can make out a bunch of massive towers – this is the Very Low Frequency radio array, used for radio communications with submarines.

The lighthouse was put in place after this ship, the SS Mildura, hit the reef during a cyclone. Being so close to shore everyone but the boat survived the wreck. It remains today as a curiosity.

We finished our day by relaxing in Exmouth. Tomorrow was going to be another long driving day…and more importantly, the start of our Karijini adventure.

One thought on “Turquoise Bay Day”