Leaving Canberra behind I headed back to Sydney, where I had a couple important meetings awaiting me. But again, I’ll come to those, just like I’d be coming back to Sydney a little later. Instead, a few days later I found myself on a train again, this time heading up the East Coast of Australia. I was headed to Coffs Harbour.

While Sydney could be easily classified as the ‘East Coast’ of Australia’s main tourist trail, this was my first venture up the coast to a smaller town. Coffs was my choice based on hearing good things about it, and having some nice looking scenery. I wasn’t disappointed.

The main downtown of Coffs Harbour actually lies a couple of kilometers from the shore and my hostel, but that wasn’t a problem. It just gave me a reason to walk the Coffs Harbour Creek walk and take in the lovely scenery.

The walk sidled along the river before stopping at the Botanic Gardens. I wandered around here for another hour or so. Because the creek was a tidal creek, the height of the river fluxuated with the tides and so some of the plants and wildlife learned to adapt. This was a ‘snorkel’ forest, where the trees actually shoot their roots up above the ground in places in order to breathe/avoid the salt.

A newly developed area of the botanic gardens was the Japanese Gardens. The paint was still vibrant and looked fresh.

After leaving the downtown with a tasty lunch in my stomach, I hiked up some of the nearby hills on my way back to the shore and took in the lovely views.

Finally I had made it to the actual coastline of Coffs Harbour. It was warm but windy day so not many people on the beach.

My walking didn’t stop there though, the small island visible in the prior photo (Muttonbird Island) was my final destination for the day. It was a good little climb from sea level but gave great views back to the mainland. 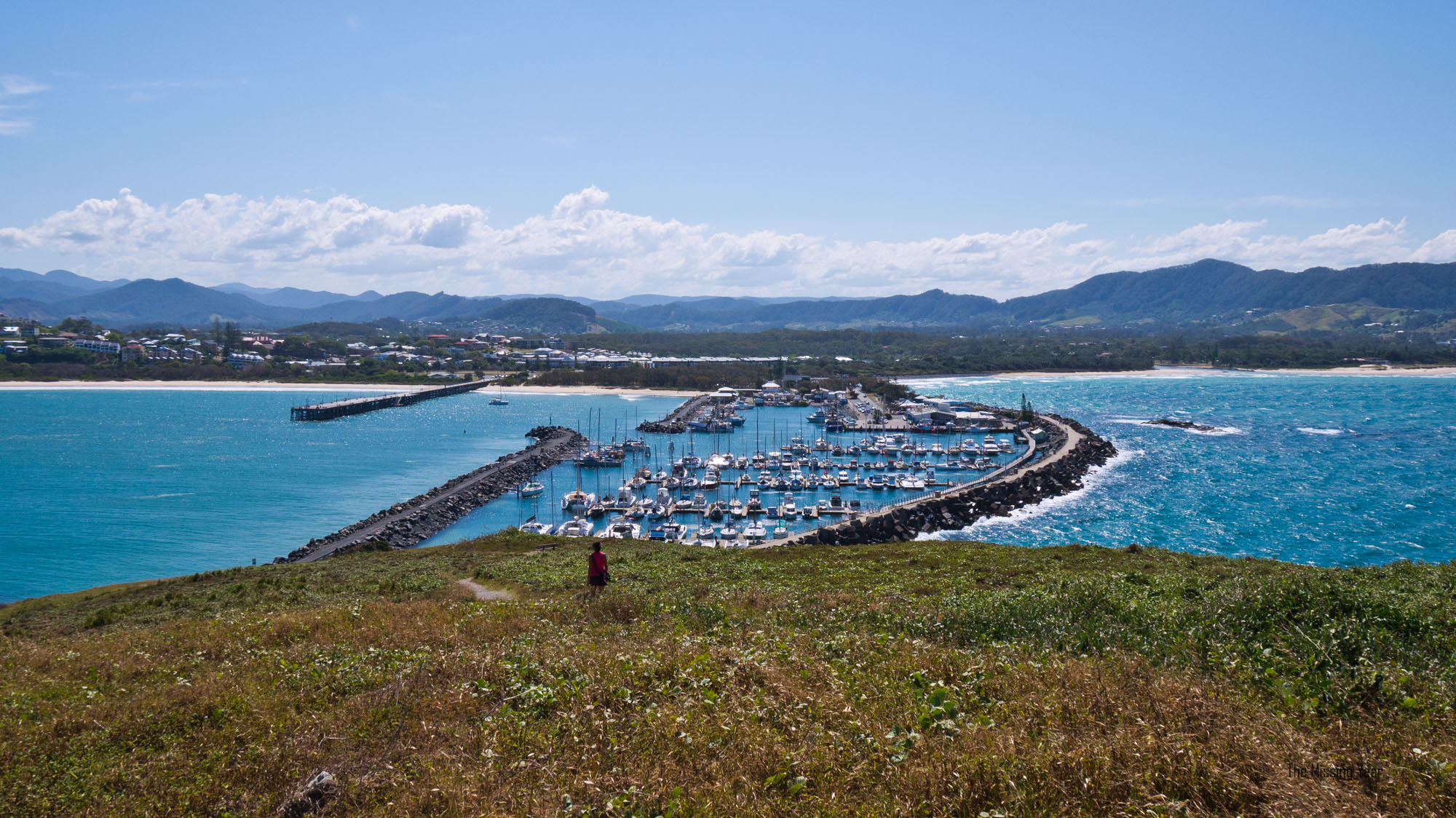 Off to the sides were the edge of the harbour and some enjoyable sea views.

Then I noticed something waving to me from the ocean.

Humpback Whales! It was a mother an a pair of calves (from what I could tell). The mother did some tail slapping, waving with her fins…and then started breaching.

This was something I had *always* wanted to see, and I got a shoreline view of some spectacular whale jumping! It was stunning to see. I went back to the hostel very pleased at randomly coming across such a wonderful sight! My stay in Coffs was off to a good start.