Sydney of course is one of the most famous in the world for New Year’s celebrations, as it is one of the first major cities to ring in the new year (Tokyo being another). The Harbour Bridge is iconic as are shots of the harbour being lit up by fireworks. So I was excited to see it first hand. And the weather would cooperate this year.

I went with Tam to dinner with her friends. It was my first time meeting many of them and I had a great time. Lots of tasty homemade food and fun conversation. We also watched the first round of fireworks from their balcony in Pyrmont. Sydney is pretty neat in that they provide two sets of New Year’s fireworks – the first round is at 9pm for the families and youngsters. Pretty great idea!

Around 11pm we started to file out onto the roads and chaos of New Years Eve. People were everywhere, and we weren’t even close to the main celebrations in Circular Quay / Sydney CBD! We were heading to the shores of Pyrmont to stake out a spot where Tam and friends had watched the fireworks in years past.

Our first spot didn’t work out so well. Crowded with people and with something big obstructing our view, we decided to try the next area. It worked out much better for getting a good view of the bridge and fireworks area. Sydney, with it’s massive harbour, tries to spread out the fireworks so everyone can see them. So there are multiple barges of fireworks scattered around. Another great idea.

We set up here and waited just a short bit for the festivities to begin.

Notice the giant set of lights beside the Harbour Bridge? Ya, that’s a cruise ship. That decided it would delay leaving by a day. Normally that spot is free of obstruction. But our second spot (pictured above), avoided being blocked too much by the ship.

At midnight the fireworks began in earnest! 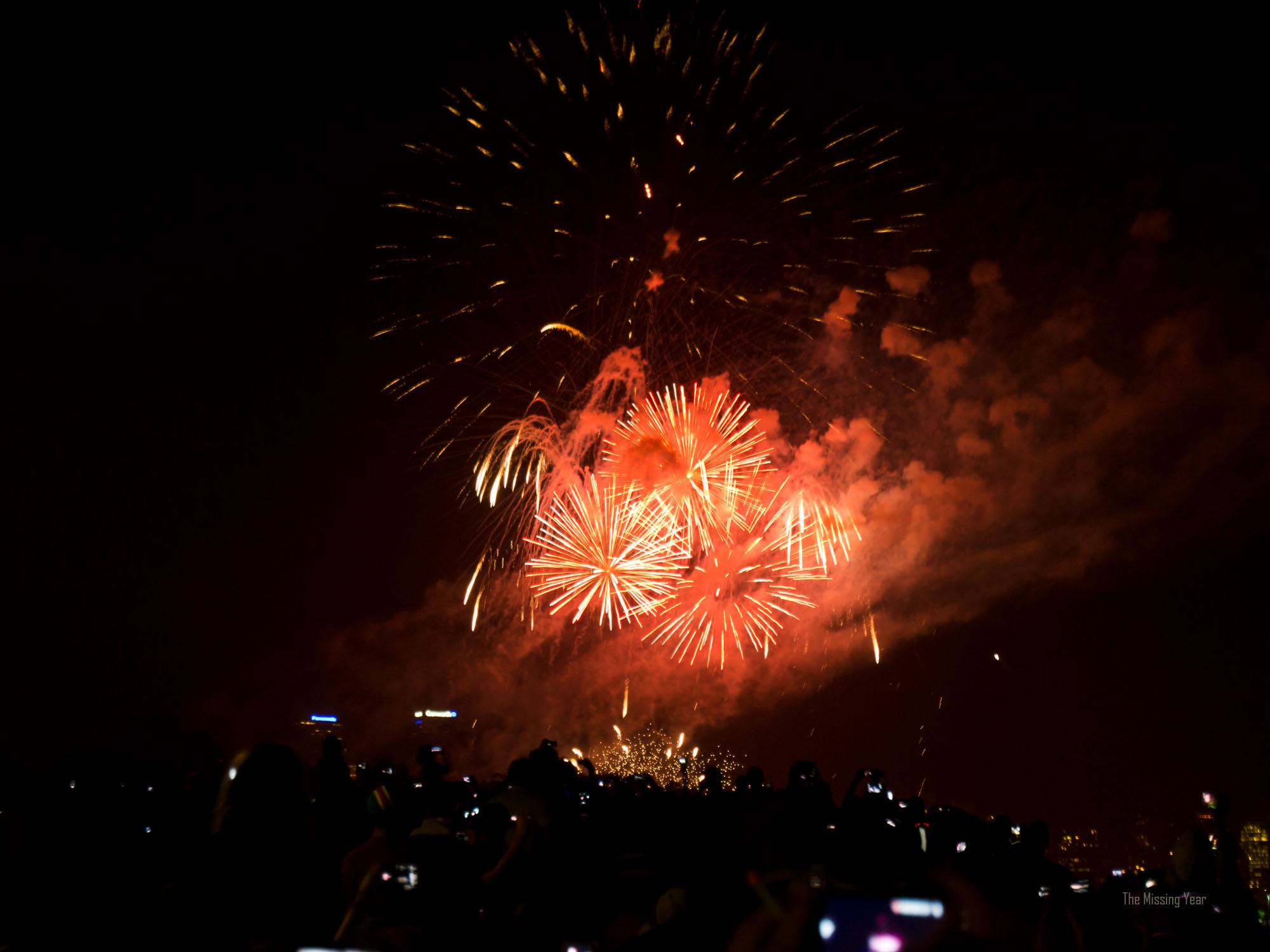 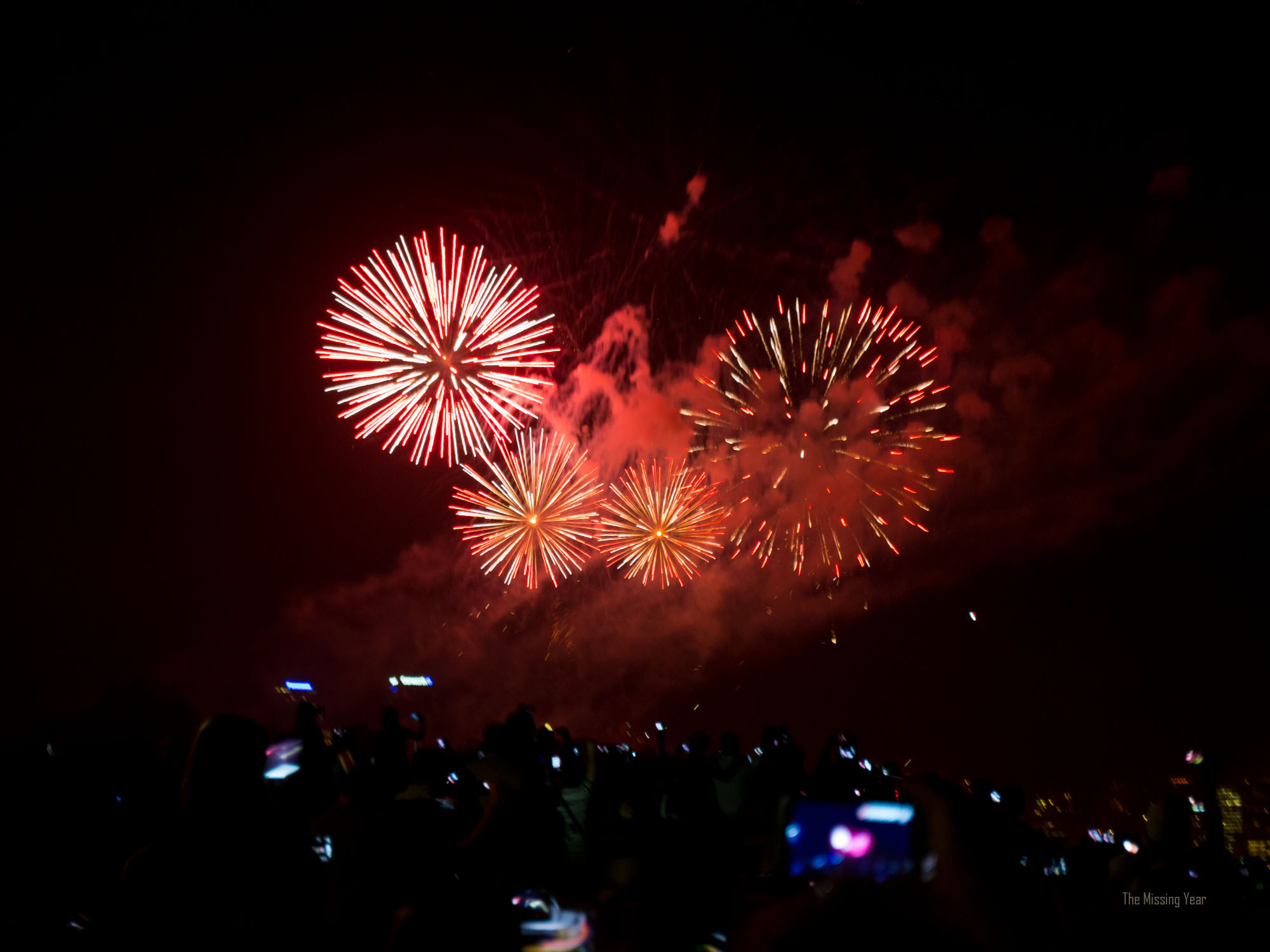 Pretty much anywhere you looked towards the water there were fireworks. No bad spot to be if you are on the harbourfront!

After a solid 15 minutes of firey explosions things came to an end and people started filing out. It was a great spectacle and fantastic evening! 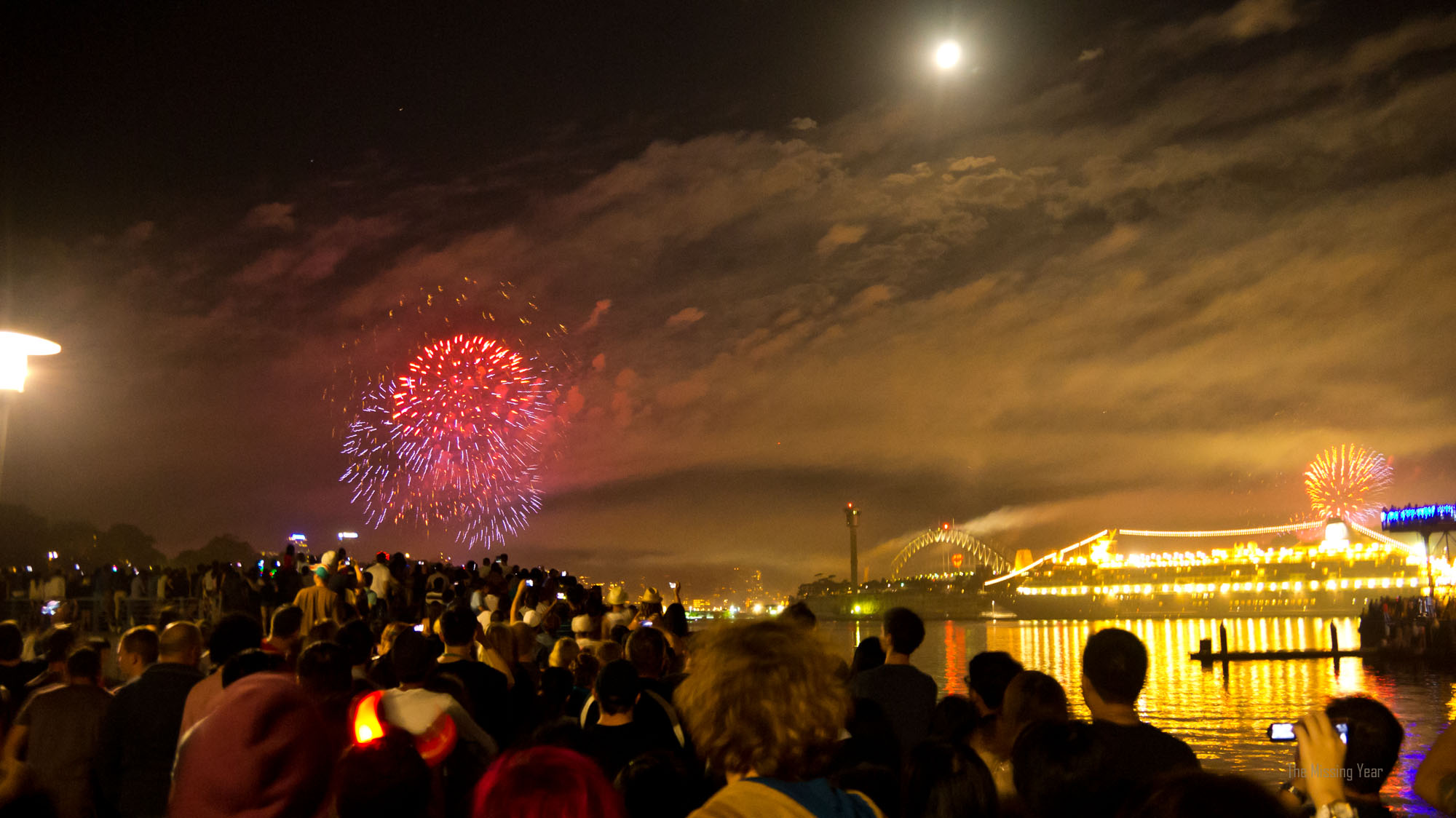