The most famous spot in the Blue Mountains sits at the cliffs of the town of Katoomba, the hub of activity and tourism for the National Park. Tam and I stayed in one of the quieter towns nearby, but ate a tasty Crocodile pizza dinner in Katoomba one night. But while in Katoomba we also did make sure to take in the sights. Most of that was done by car, taking the scenic Cliff Drive.

We started at Gordon Falls, which gave this stellar (and deserted) lookout.

Then it was off to Echo Point and the 3 Sisters. Compared to the rest of the areas we hiked and visited in the Blue Mountains, this spot was laden with tourists and concrete. Still, the views were pretty good. But overall I wasn’t thrilled compared to some of the other fantastic sights I had seen! 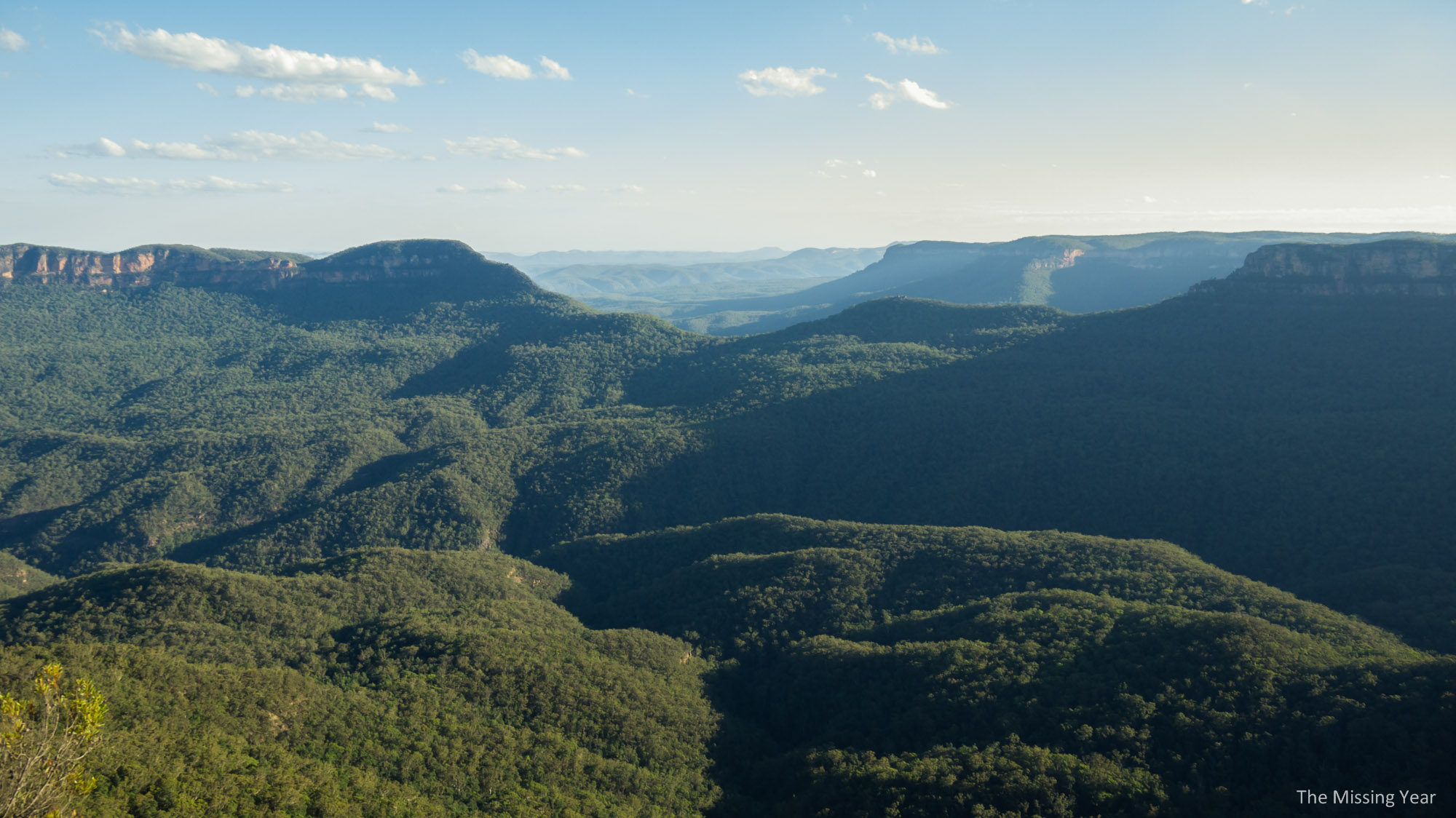 We took a short hike over to behind the 3 Sisters. It does provide a great panoramic viewpoint at that point. Perhaps next time we’ll tackle the very steep Giant Stairway…nothing like climbing ~1000 stairs to get the heart going!

After the scenic drive and tasty crocodile pizza dinner we rested up for the next big hike, National Pass!

One thought on “The Blue Mountains – 3 Sisters”