The Tasman Peninsula, where I was living during my 3 months in Tasmania, is home to a lot of history. The most notable spot is Port Arthur, an old convict site for some of Australia’s worst criminals, but there was a related site nearby aptly called the Coal Mines. Because they mined coal there. This was a hard labour camp. It was shut many many years ago, but remnants of the work remain. One fine day myself and many of the helpers at Tasman EcoVillage took off for a gander. 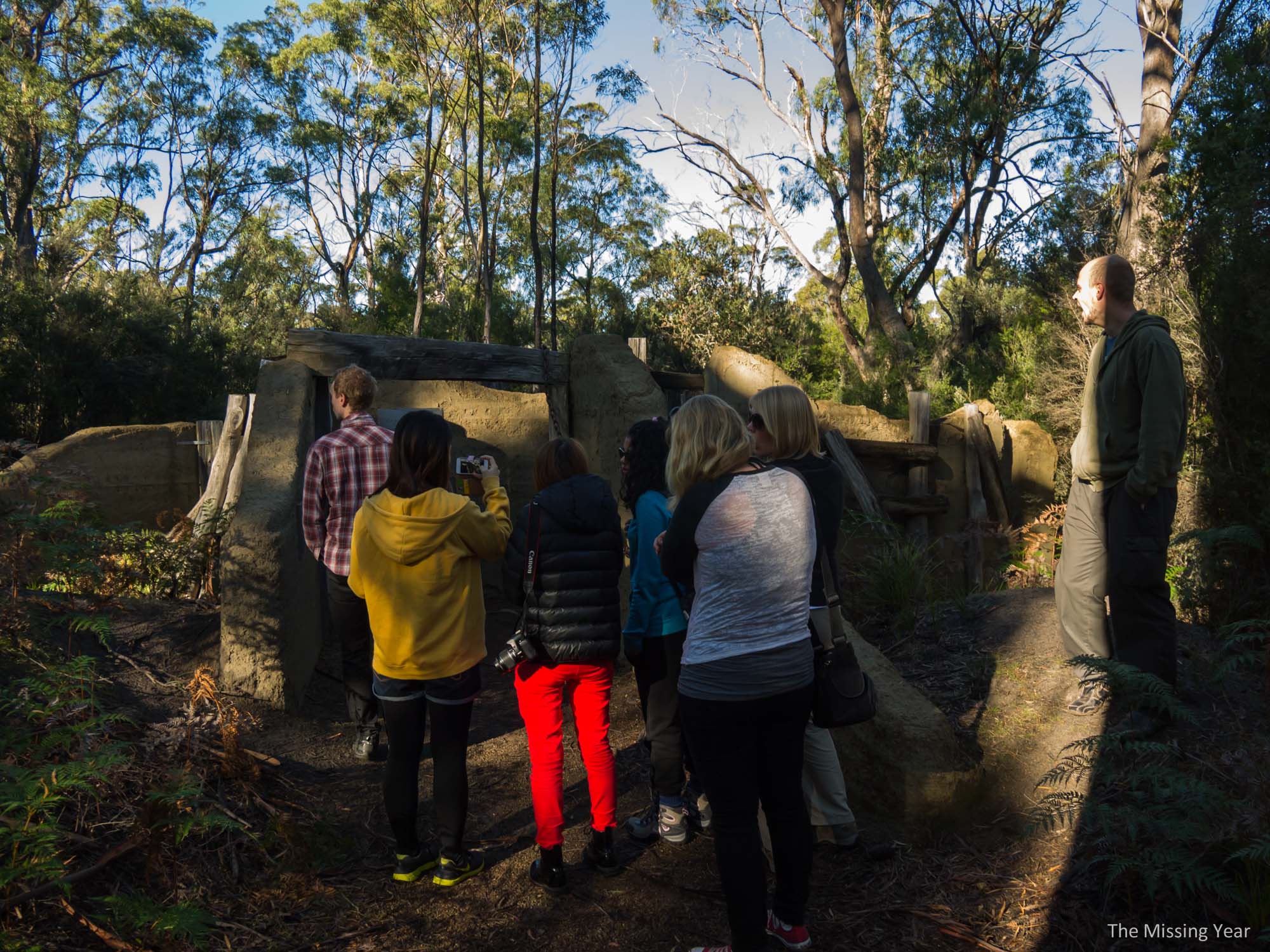 The buildings and chain were long abandoned, many of the bricks being taken elsewhere. But the skeleton remained here. 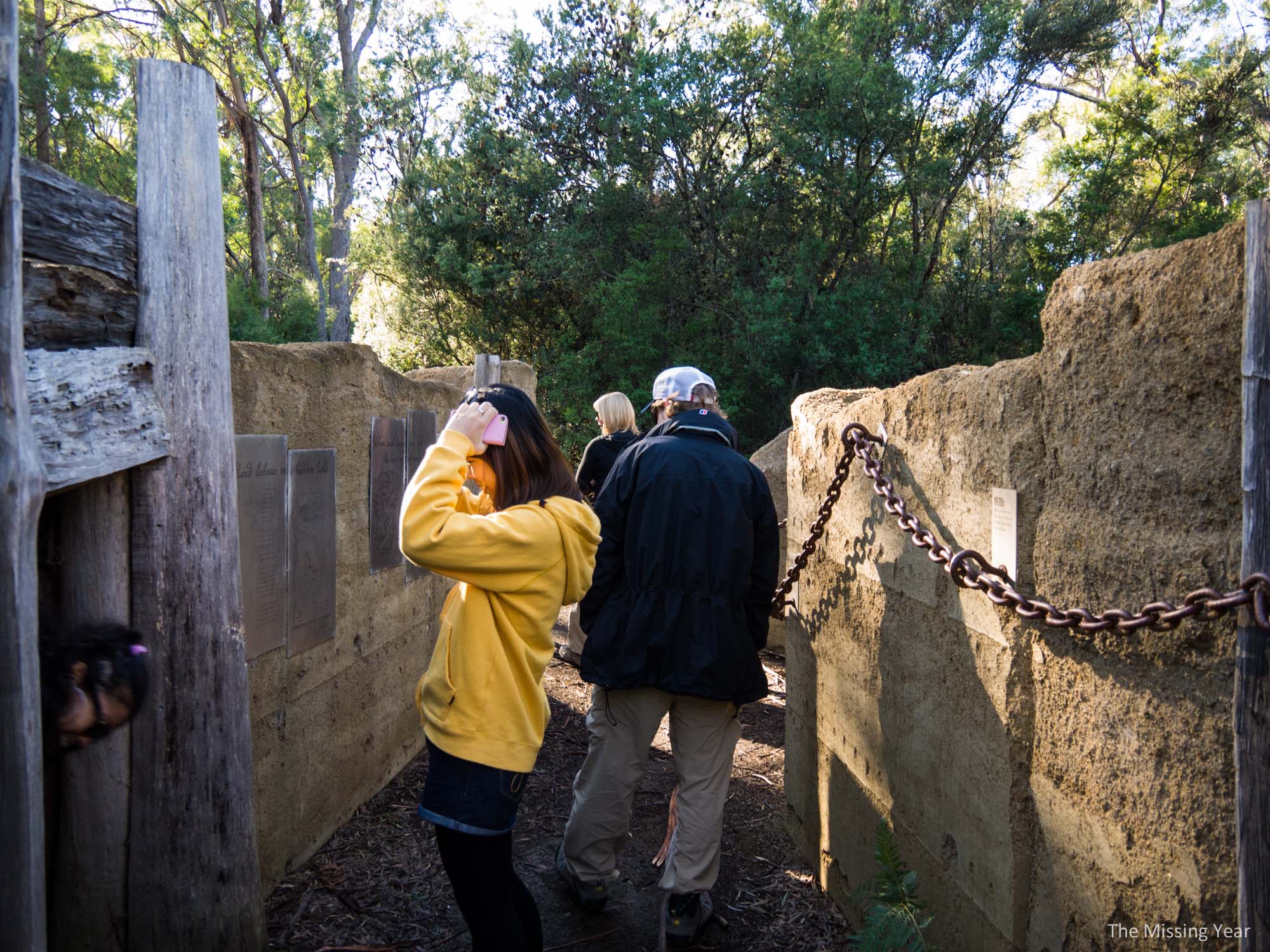 The main area at the coal mines. Upwards of 600 people worked here during it’s peak. 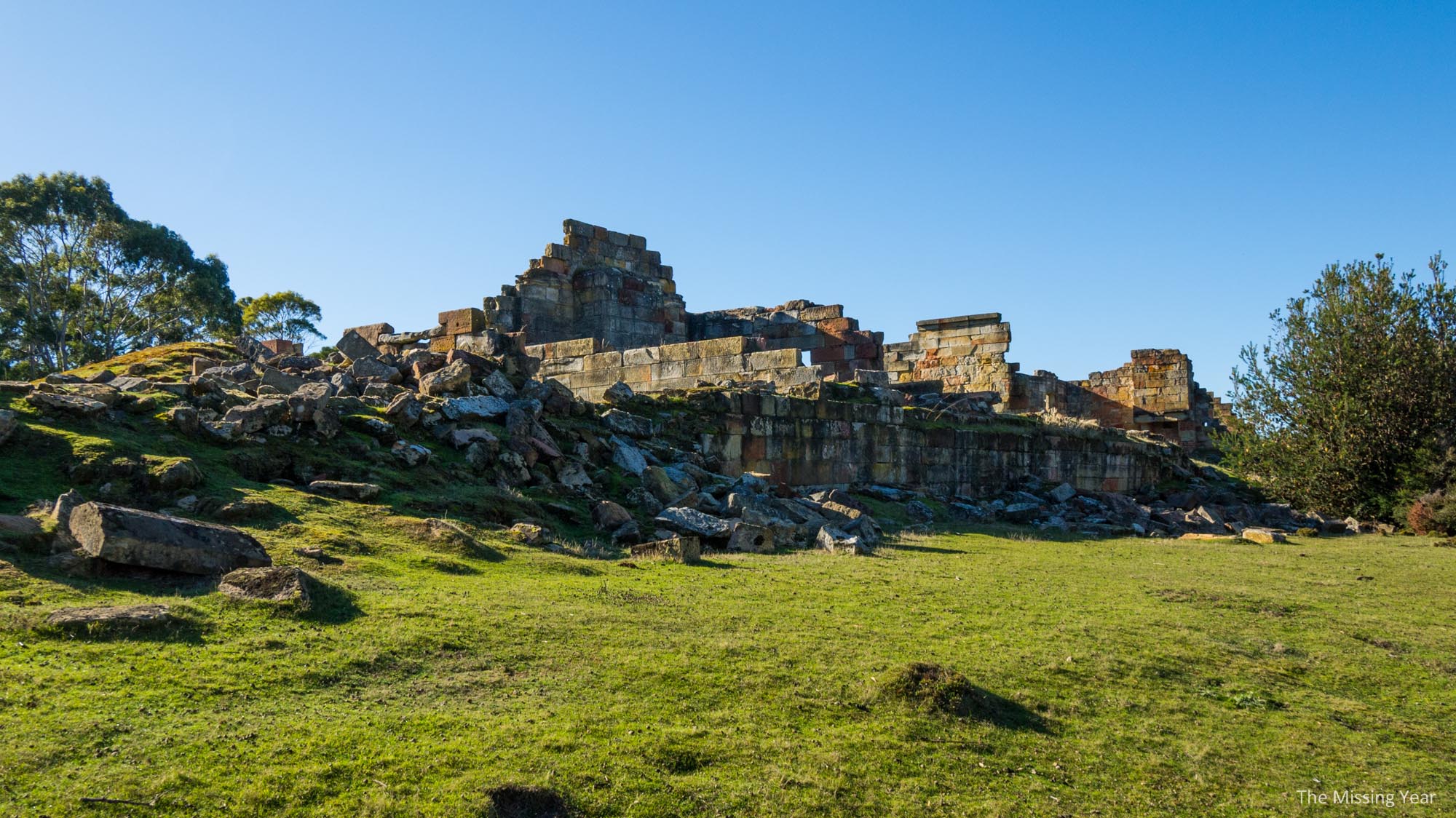 We had our own paparazzi as Teemu documented our trip as well (actually, many of us did!). 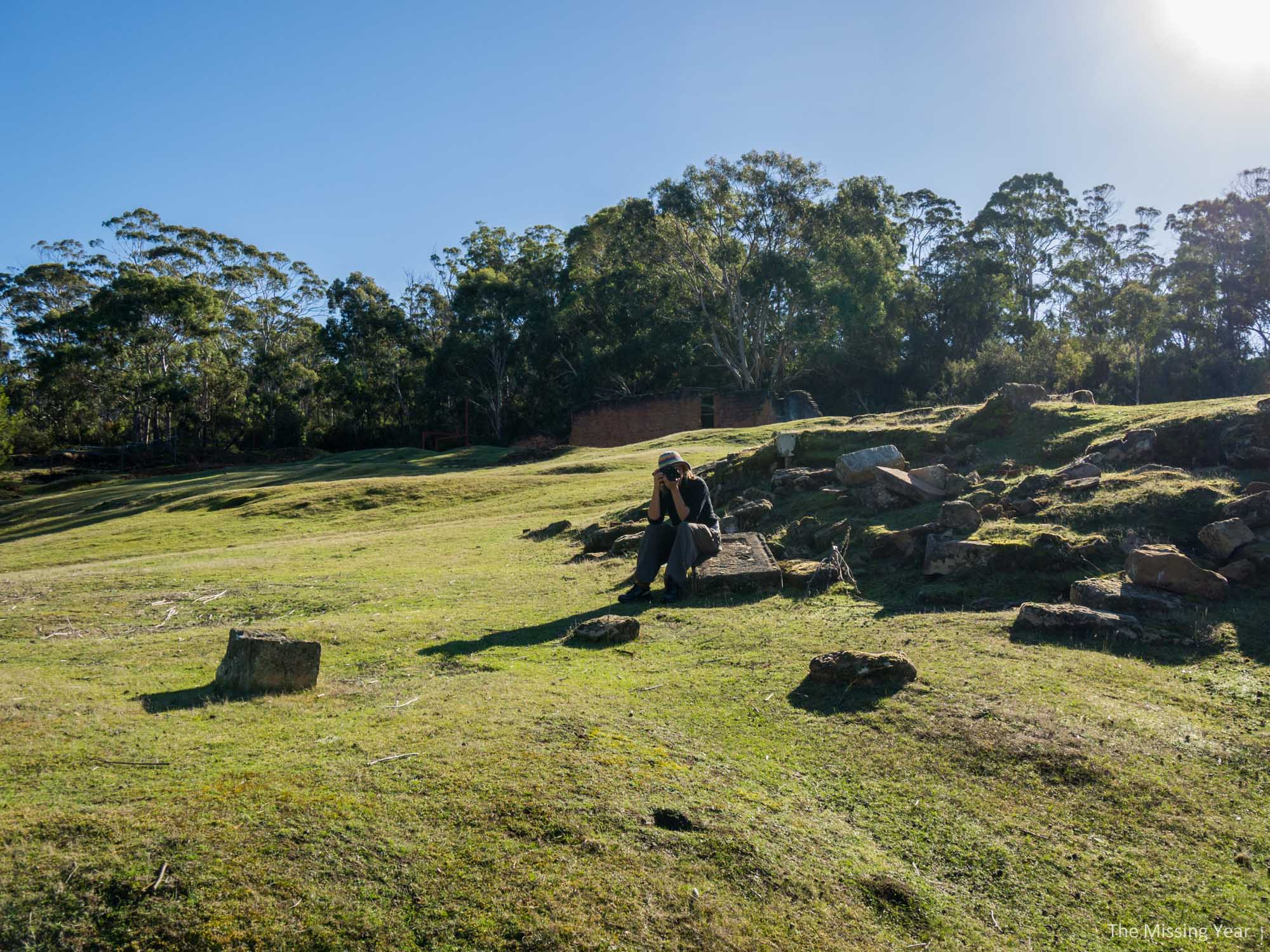 More of the main ruins. 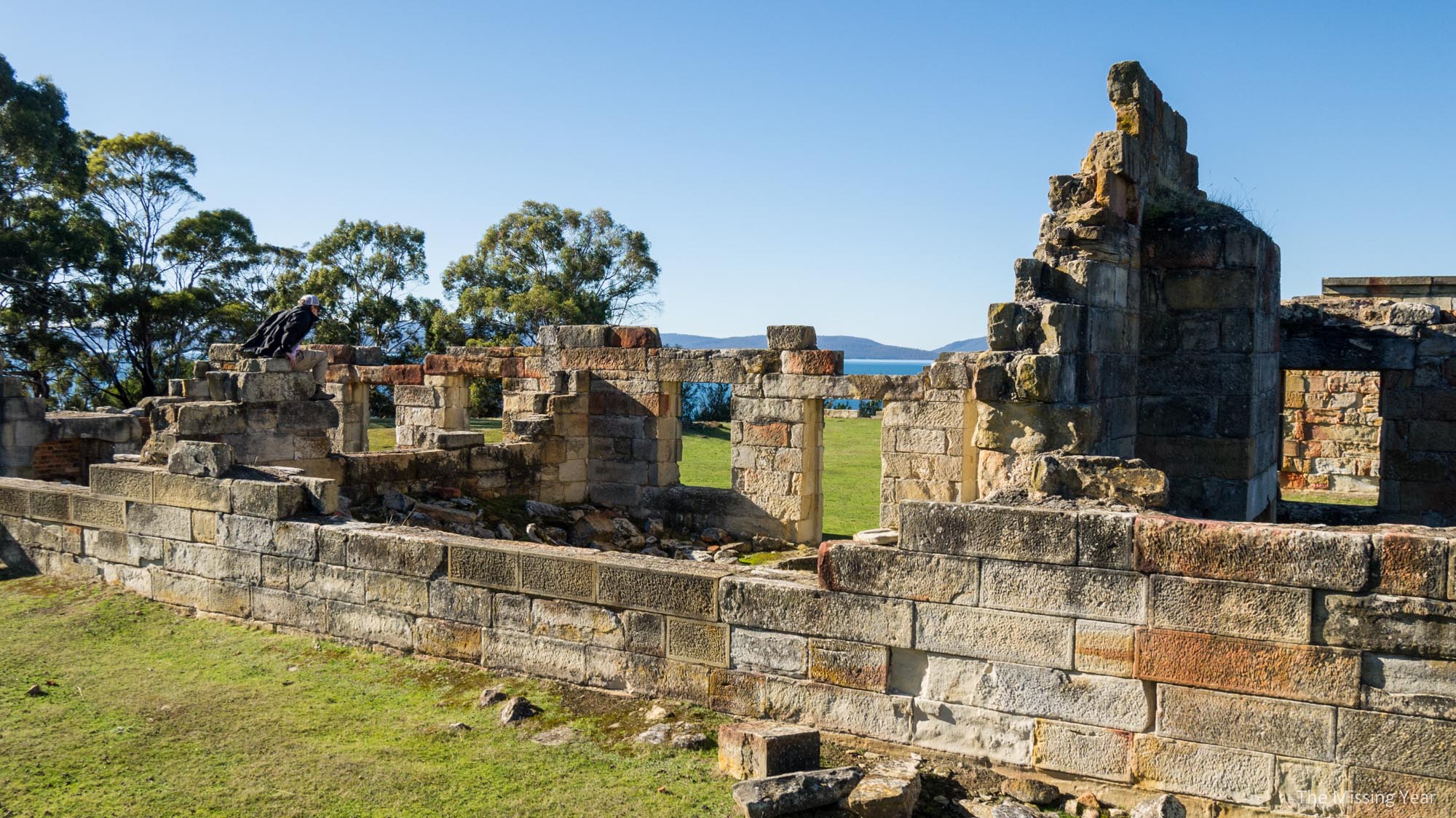 There is no entrance fee, guides or guards at the coal mines. You are able to do as you please here, including climbing on the old structures. We had the place all to ourselves today. 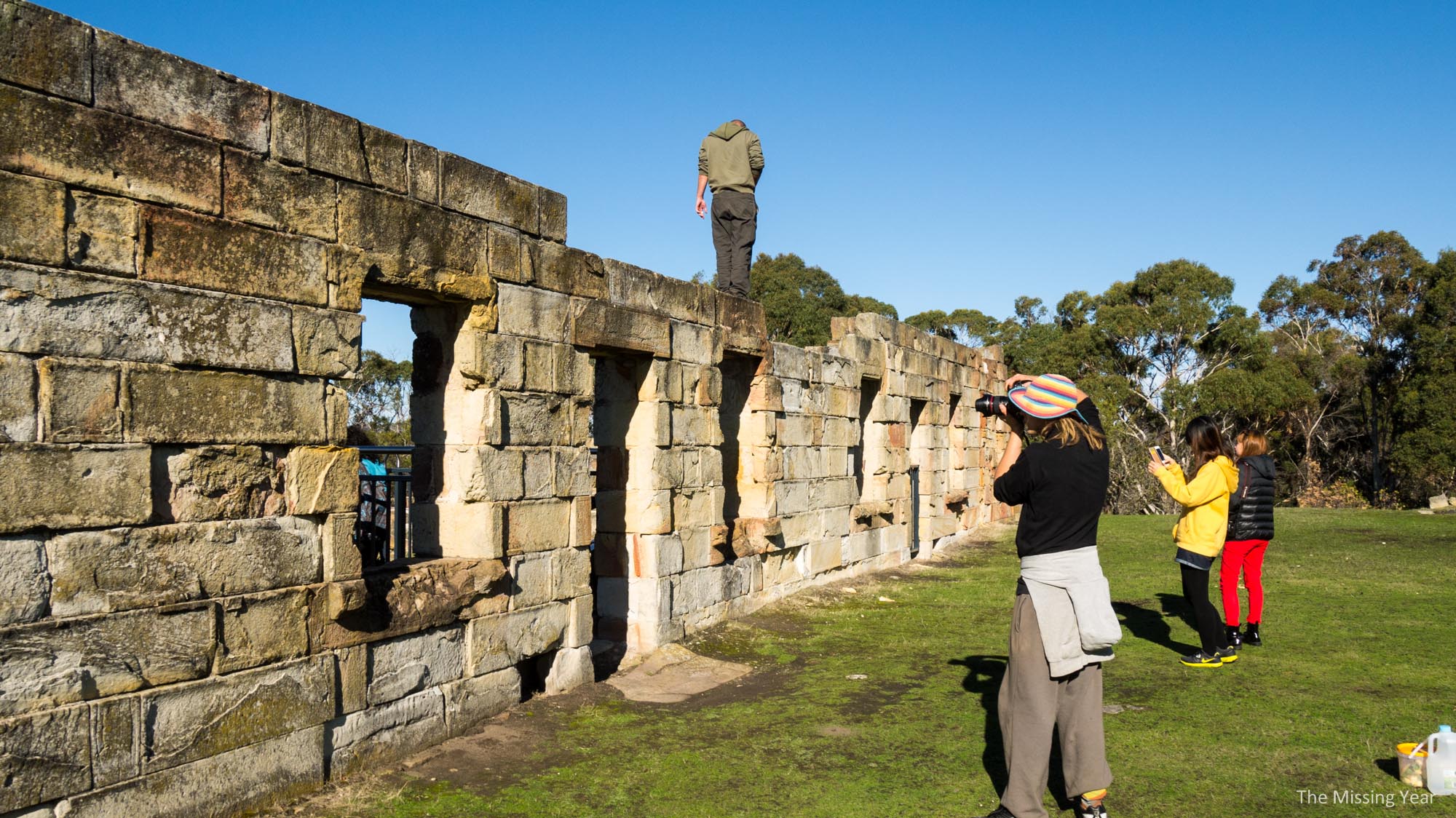 One of the cells for problem prisoners. Already criminals, and usually considered ‘worse than average’ compared to the Port Arthur group, the ones that continued to make trouble even here got these lovely cells. 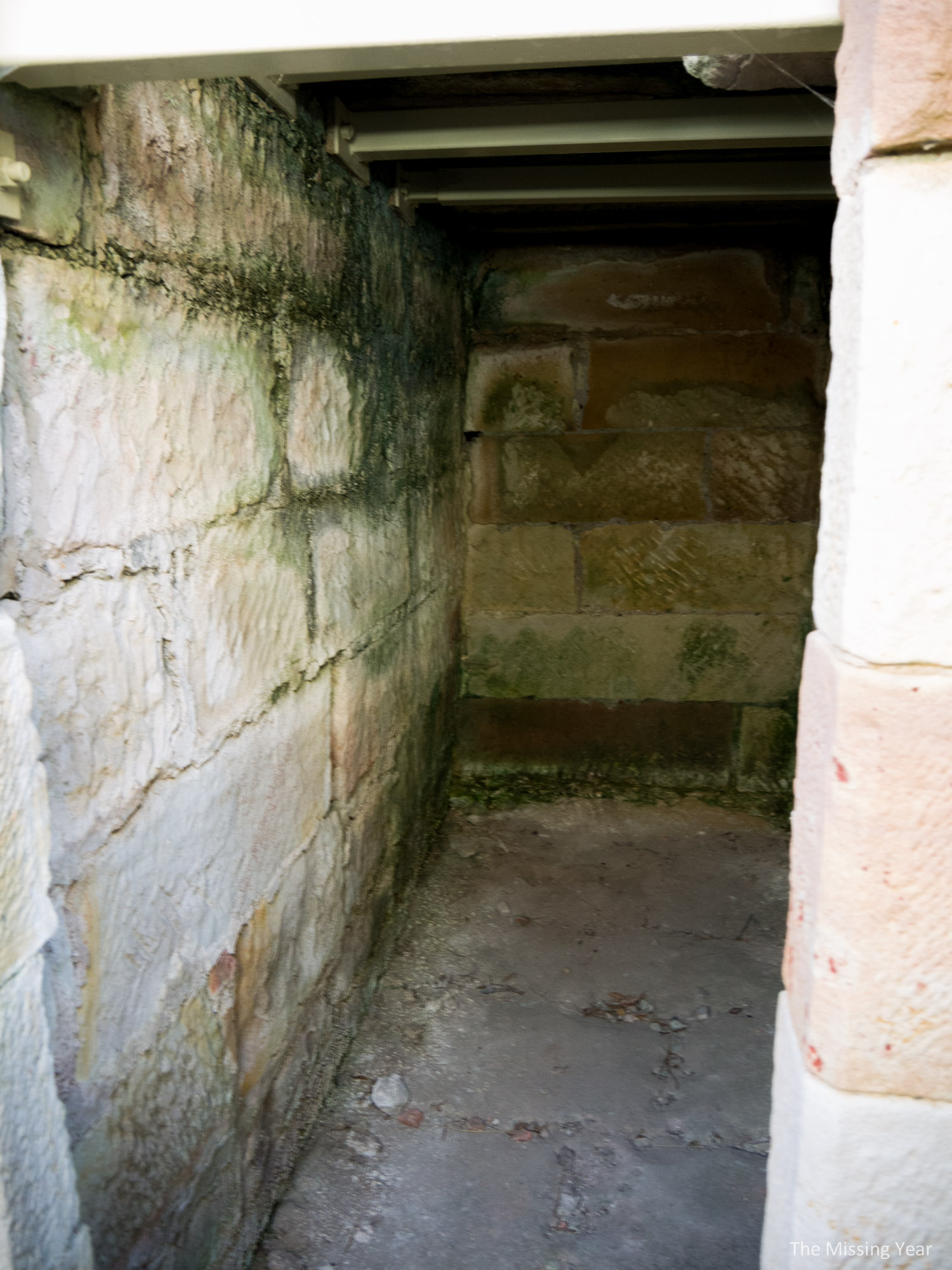 Someone had been keeping track many years ago. 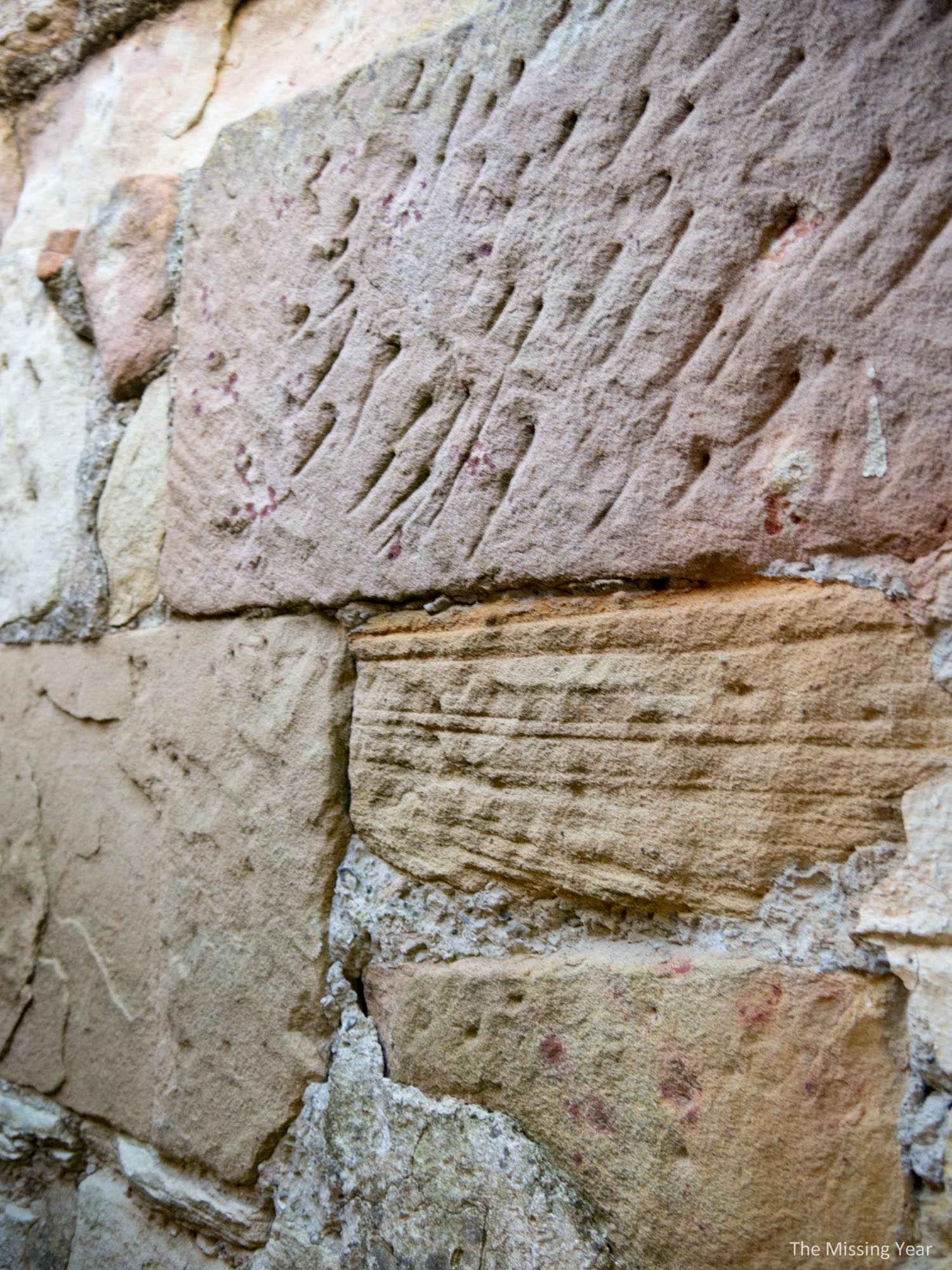 The rough past and the ruins belie the natural beauty of the area. Picturesque and serene, we found ourselves at a gorgeous coastline. 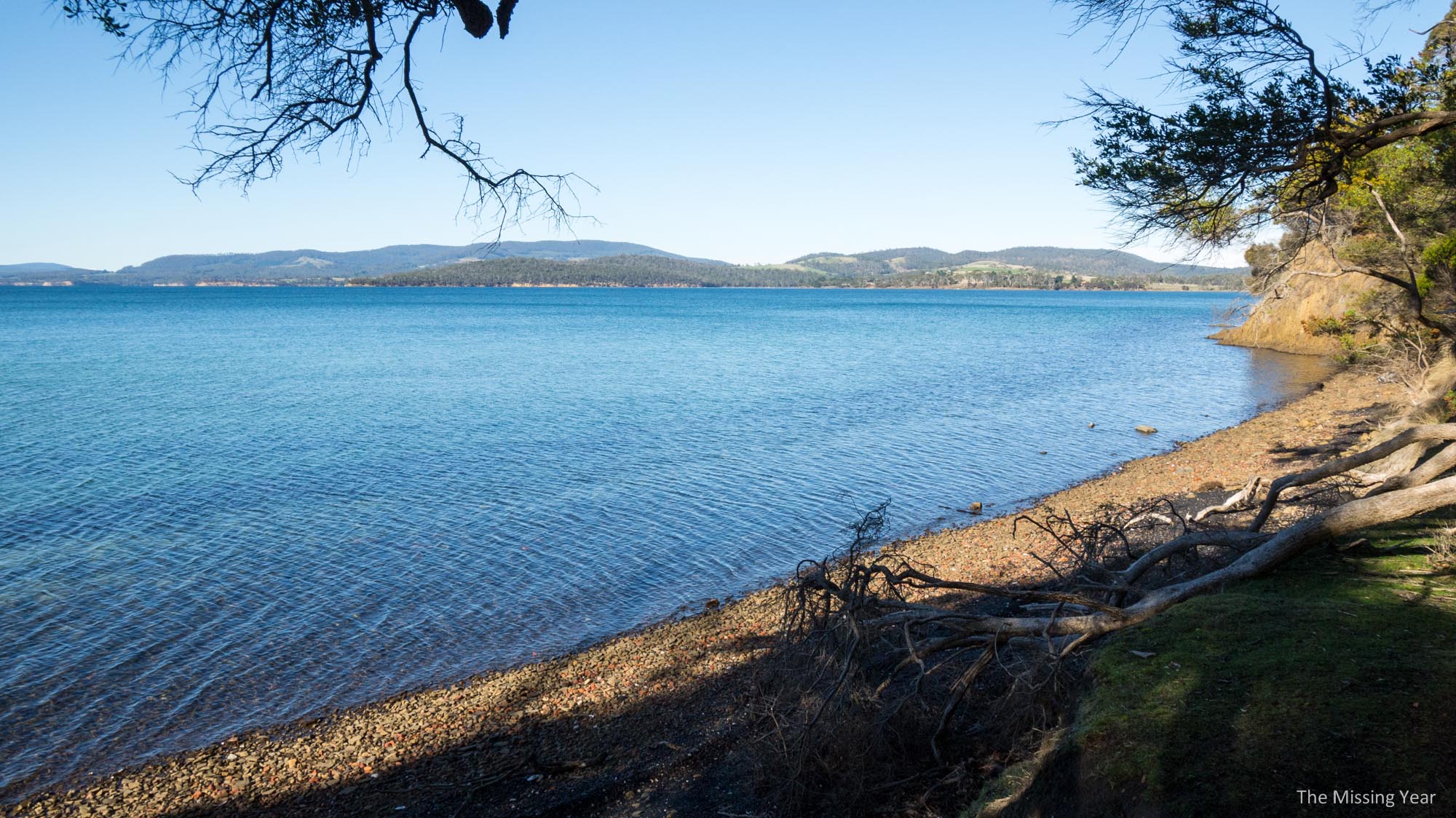 Naturally we proceeded to skip stones on the water. 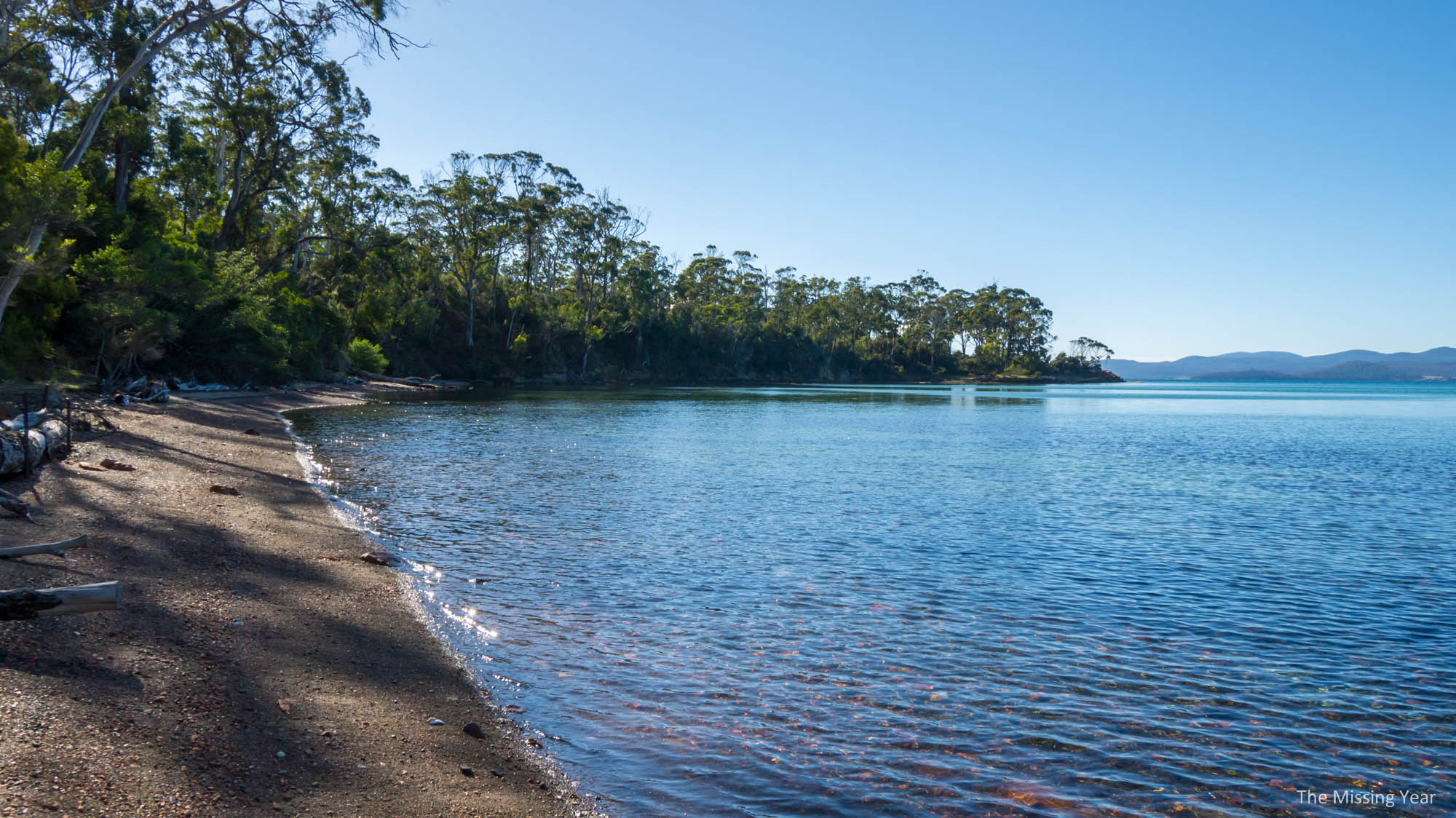 We walked on for a bit further, getting up into the headlands for a view further down the coast. 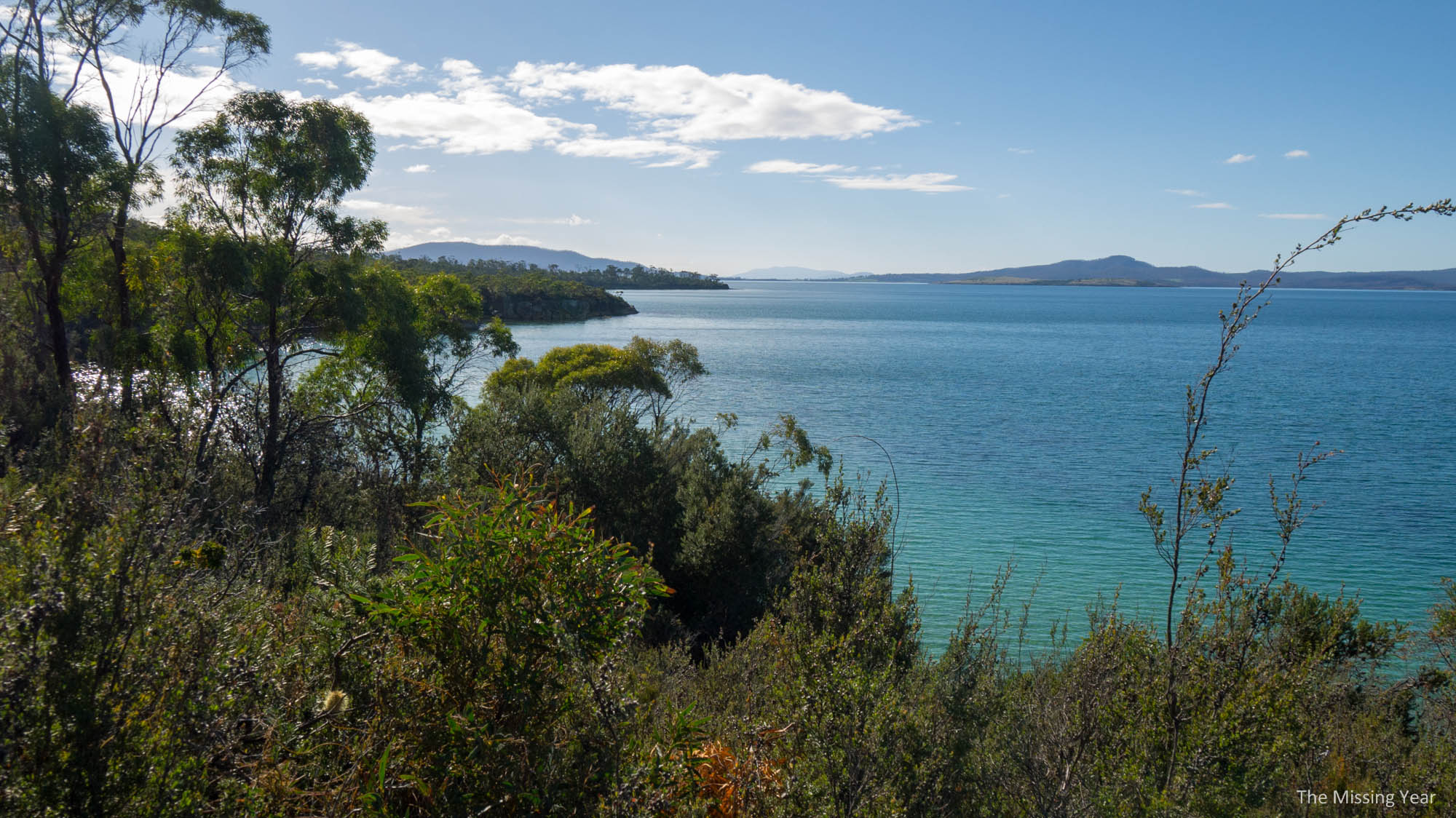 Before finding a pleasant rest spot. The water here is crystal, crystal clear.

The water looks shallow but that’s an illusion caused by the clarity, it gets fairly deep quickly.

A few of the guys went and tested it out, as well as fished for mussels.

Eventually, we just started entertaining ourselves with getting Wiggy wet. 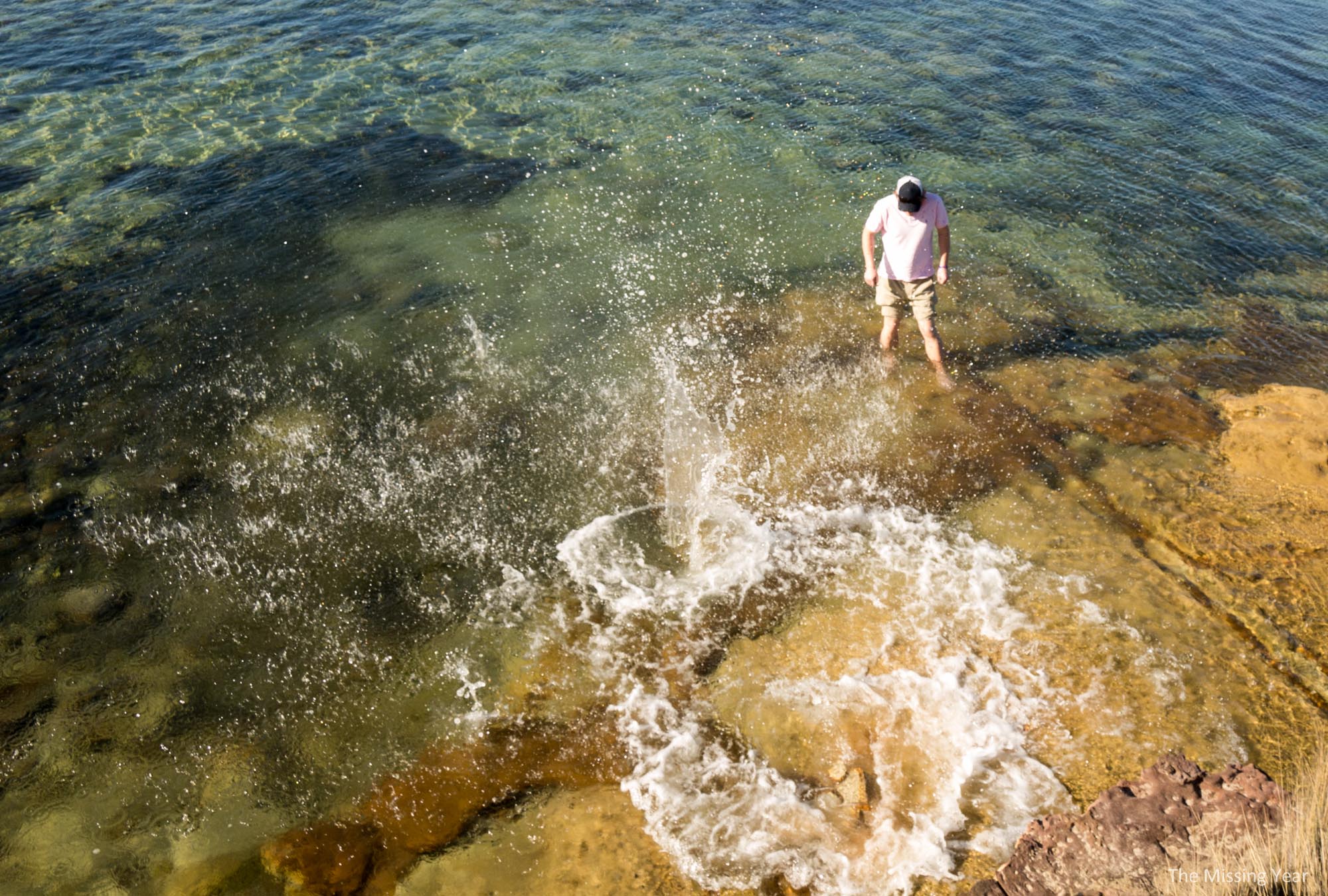 It was a fun day away from work, filled with lovely scenery and interesting history. I still had yet to visit Port Arthur itself – something I’d rectify shortly.