And hear the lamentation of their…Chokos. 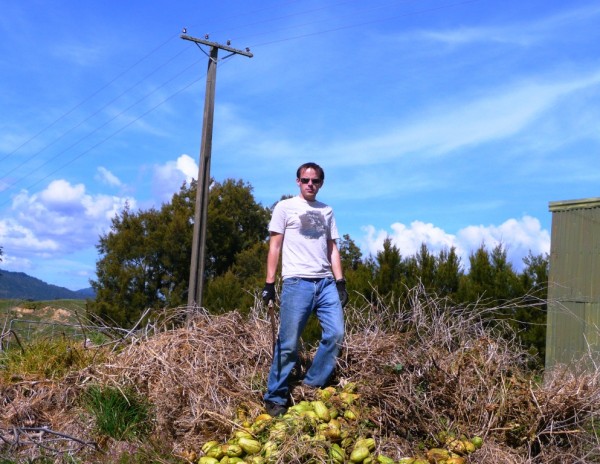 3 days, nearly 10 hours of work, several kilometers worth of vines cut and 100s of chokos later, I’ve finished the task of eradicating the vast majority of the choko infestation. It was the first job I’ve done that actually got me to break a sweat. Not that I minded though, it was actually very fun – you can see the machete like implement in my right hand (it’s curved saw blade) – it’s what I used to cut through all the vines and trees. Since they were very much dead and brittle, it made for a very satisfying display of carnage when chopping through the vines.  I figure by the end of it, I’ve probably cleared over 500 chokos. They will be burnt in a sacrificial fire later, unfortunately after I leave. Next up, window washing, in other words, fun with ladders and spiders. The ladder part doesn’t bother me, the spider part does.

Kudos to those that get what the title is referencing.