One of the PRIMARY reasons to come to New Zealand is the amazing landscapes. And exploring them by  foot is probably the best way to see a good part of the country, at least if you have the time to do so. After nearly 12 months, I’ve gone on a lot of hikes. The single day hikes range from quick 20 minute jaunts to full day expeditions, but it is the multiple day outings that are the most notable. Through these hikes you can get completely lost in nature – many kilometers from the nearest road, with just the bag on your back to support you for several days in a row. ‘Tramping’ is something I had never tried before coming to New Zealand, but I’m definitely glad I discovered the joy of doing so.
END_OF_DOCUMENT_TOKEN_TO_BE_REPLACED

With the mornings consisting of working around the hostel and my afternoons being filled with swimming at the local pool, walking around town, or simply lazing about the hostel, there really isn’t much new to talk about lately. It’s been a pretty nice break from the travel, and it is very easy to get complacent in a place like The Bug. The people are very friendly and warm, so it will be a tough place to leave after settling in for 6 weeks. But leave I must…in just over 1 week now I’ll start moving once again. For at this point my time in New Zealand is coming to an end – I’ve got just under 2 months left now!

I’ve been staying and working in Nelson the past 4 weeks now, so I figure it’s time to write about where I’m staying and working. Part of the delay has been the picture backlog presented by the last few posts (okay, the Toothpick didn’t take long). Part of the delay has been me enjoying doing nothing. Nothing at all! It’s a wonderful life doing nothing for stretches at a time. After a while it can get boring, but then you go do something and you look forward to doing nothing again.

I’m working at a hostel called ‘The Bug’. Yes, that kind of Bug. 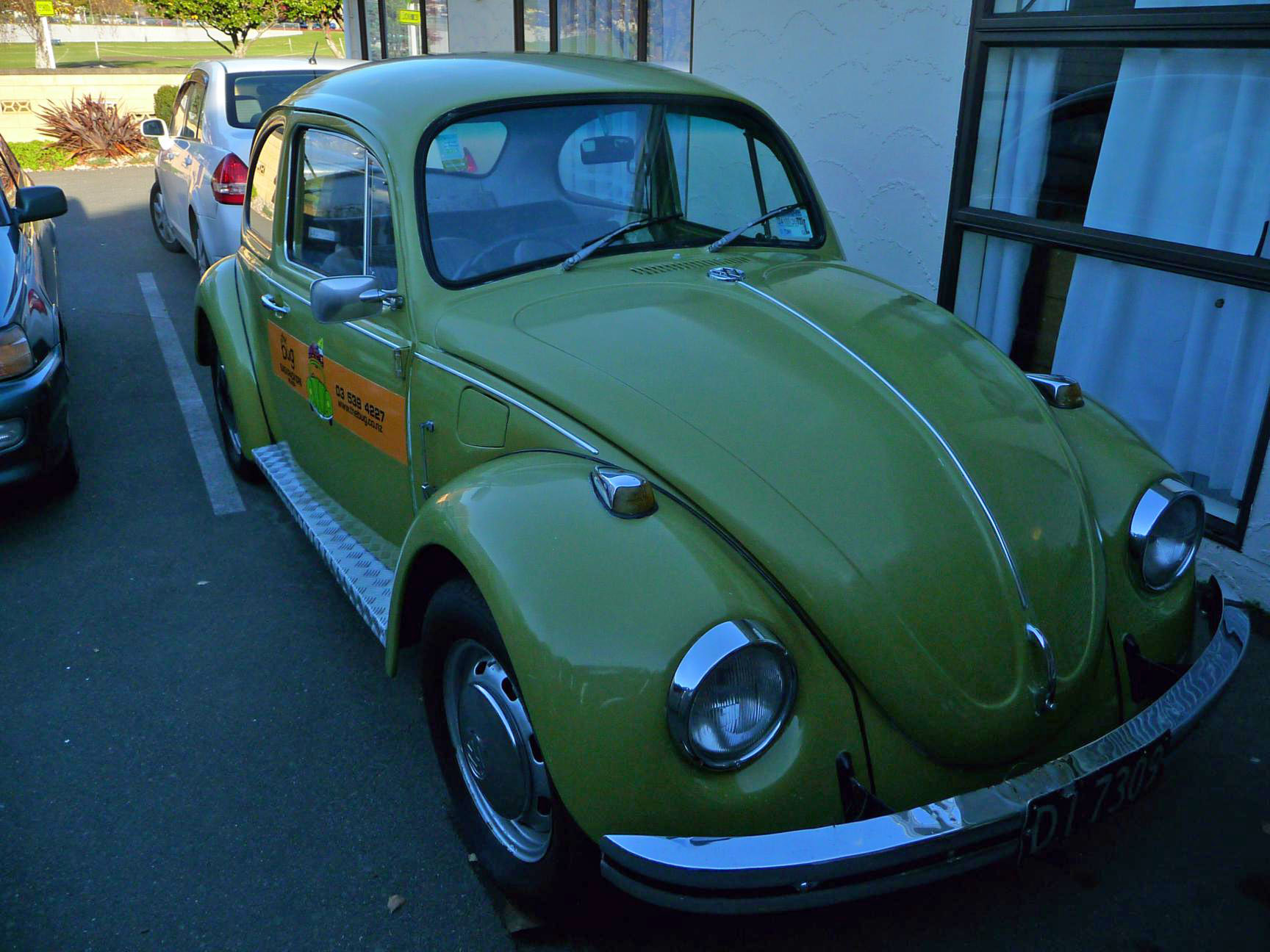 END_OF_DOCUMENT_TOKEN_TO_BE_REPLACED

Toothpicks just don’t get enough respect. They play a vital role in our lives – removing stuck food from our teeth. How many times would we have looked a fool, yet have been saved by the wonderful little piece of wood known as the toothpick? But where are the paintings, monuments and national holidays celebrating them?

Nelson, New Zealand, took notice and decided to do something about the glaring public indifference. At the cost of $200,000 (NZD), they put up a huge monument in honour of the mighty toothpick, that can be seen from most places in town. 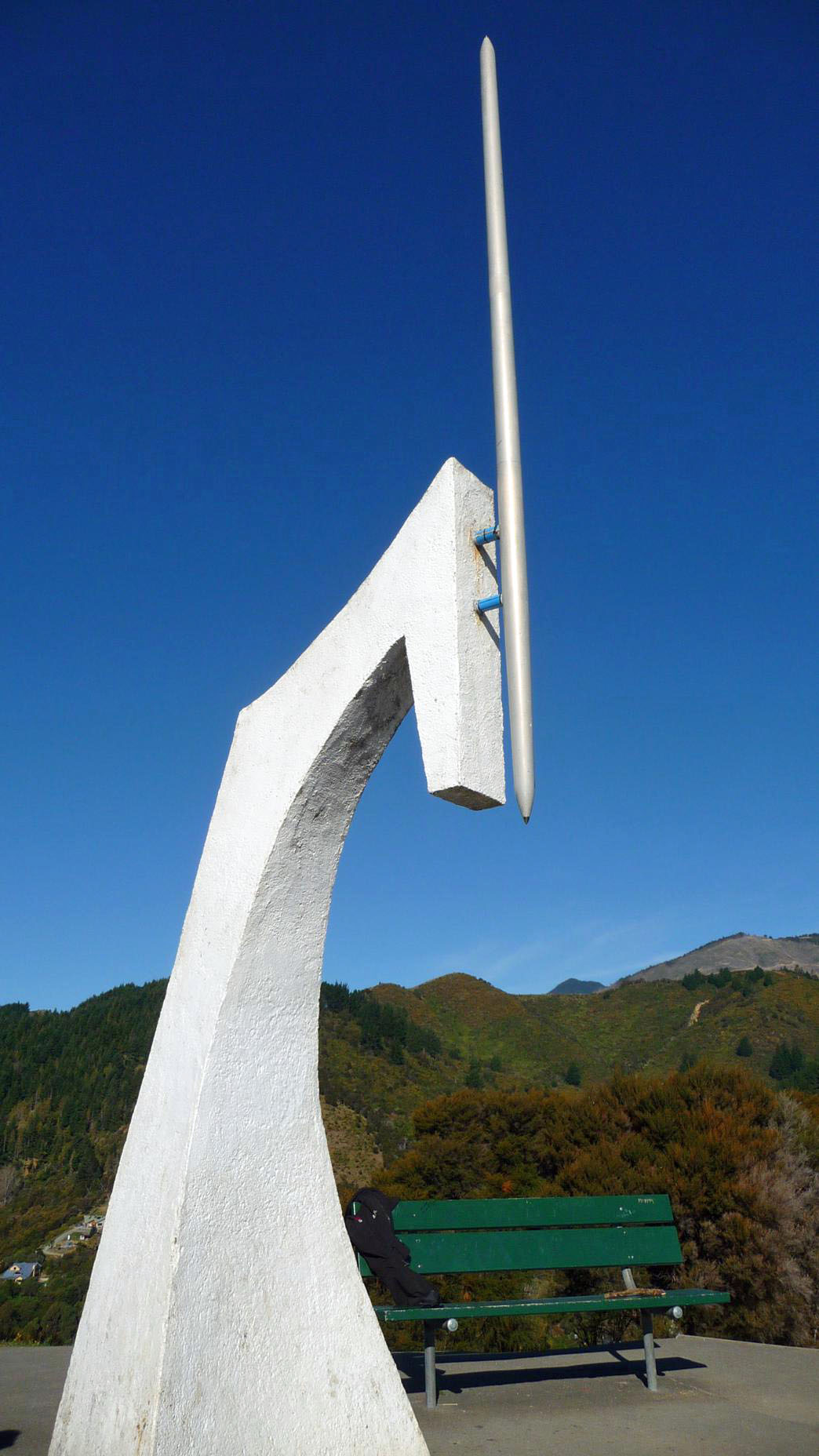 END_OF_DOCUMENT_TOKEN_TO_BE_REPLACED

When I had planned to go hiking around Nelson, I had pictured the Abel Tasman, Heaphy and Angelus Tracks. I had never even heard of the Travers-Sabine Circuit. That was until I was at the DOC office in Nelson looking around and noticed an extended circuit in the Nelson Lakes area that could incorporate the Angelus Hut. As it was considered a much more difficult trek, I had written it off as one I wouldn’t do, as I’d need someone to go with me and I didn’t want to put in the effort to find someone, when I could just do the simpler Angelus Track by myself. Those plans changed when Danielle suggested we do the entire circuit instead of just the Angelus Hut.

END_OF_DOCUMENT_TOKEN_TO_BE_REPLACED

After the Abel Tasman, I took a few days to rest back in Nelson. I had planned to do my final Great Walk, the Heaphy, next. At 80km long, the Heaphy Track is the longest Great Walk, though not the most difficult. I picked the hostel called ‘The Bug’ for a 3 night stay. However, plans changed.

While at the hostel I was sharing a room with Kat and an Israeli girl by the name Danielle. She found out I enjoyed hiking, and that we both had similar interests. While I had planned to do the Heaphy track next, the Angelus Hut track was another I had wanted to do while in the area. Danielle was looking for someone to join her hiking in the Nelson Lakes area, so we did the hike together. Except the hike wasn’t exactly the Angelus  track as originally planned.

Nelson Lakes National Park is about an hours drive south of Nelson, and is the northern area of the Southern Alps. 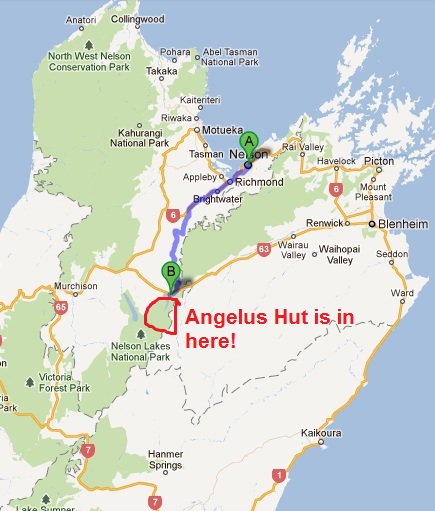 END_OF_DOCUMENT_TOKEN_TO_BE_REPLACED

Far and away, the Abel Tasman is the most popular Great Walk in New Zealand. While the Milford is the most well known and hardest to get a spot on, the ease of access, natural beauty of the golden sandy beaches, wonderful weather and generally easy hike make this an extremely popular spot for everyone. I had already walked a portion of the Abel Tasman with my parents, and now I was back to do a larger portion of it, and in a different fashion. Via sea-kayak!

You cannot kayak by yourself here (safety), plus it is more fun to have someone share the work anyways, so I met Katharina, a traveller from Germany, and we planned out our journey. Here is what we did: