I had one final walk in Melbourne I wanted to do before I left the city. This one encompassed the crown jewel of Melbourne’s Parks, the Royal Botanic Gardens. 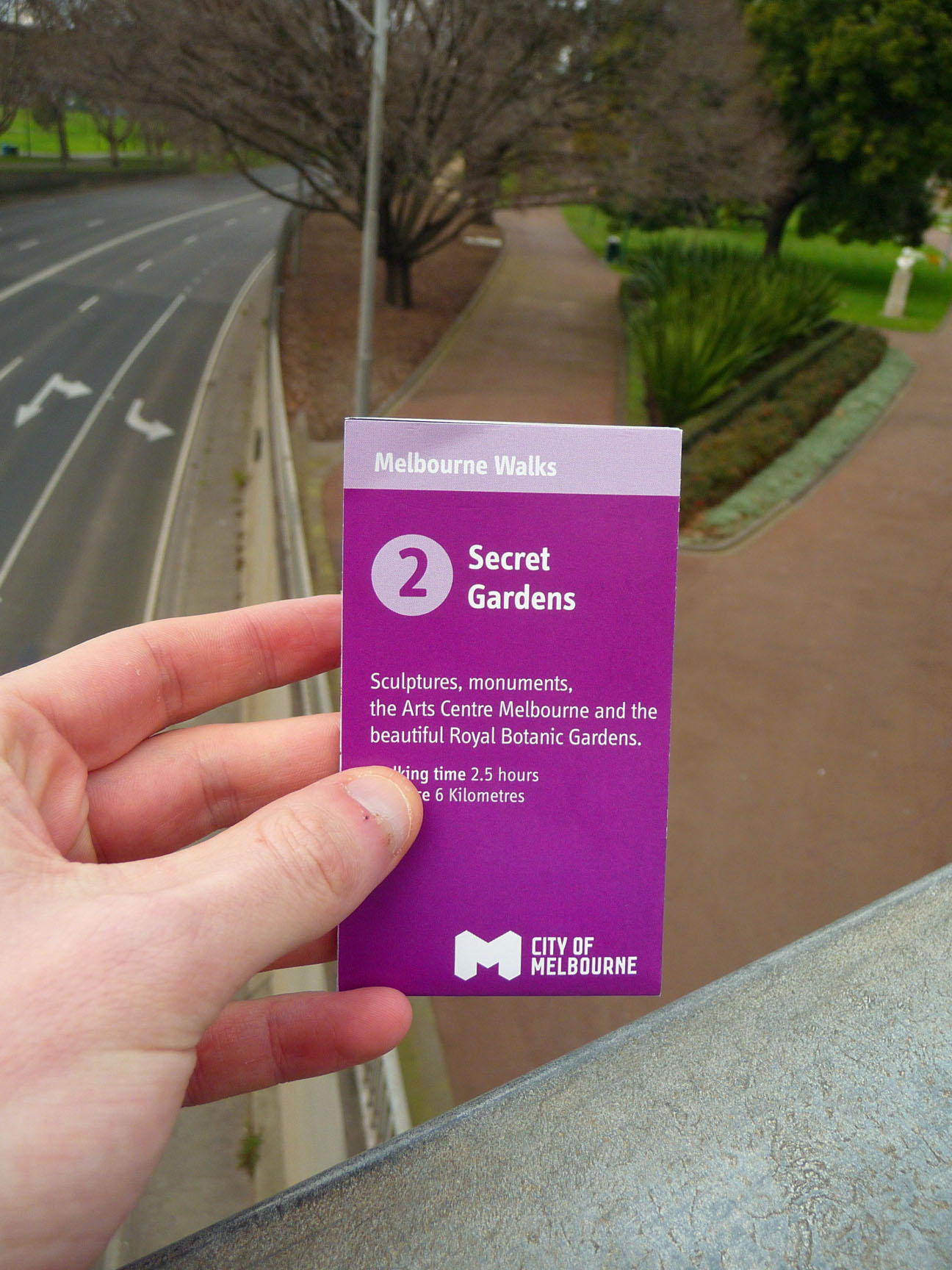 END_OF_DOCUMENT_TOKEN_TO_BE_REPLACED

Within the downtown area of Melbourne lie not only numerous parks, but several European-styled Cathedrals. Todays walk encompassed several of both types:

END_OF_DOCUMENT_TOKEN_TO_BE_REPLACED

Alternate Titles Include: My Day at the Prom, and Kangaroos, Wombats and Emus, Oh My!

Wilsons Promontory is a large National Park located about 3 hours from Melbourne. As it is the offseason for tourism in Melbourne, a few of the local operators are running fairly good deals. Bunyip was one such operator, offering this tour for FREE when I took their 3-day Great Ocean Road tour to Adelaide. Since I was already planning to do the Great Ocean Road, this was far and away the best deal I saw. A day in a national park seeing wildlife and hiking? Sounds perfect to me!

END_OF_DOCUMENT_TOKEN_TO_BE_REPLACED

Australia has a couple of major sports. It all depends on which region you are in. Rugby reigns supreme out on the East Coast, with huge support in centers likes Sydney and Brisbane. In Melbourne though, they play a different game completely – Australian Rules Football.

The game itself is blissfully easy to follow for the uninitiated. There are two general rules for Aussie Rules, as far as I could figure:

END_OF_DOCUMENT_TOKEN_TO_BE_REPLACED

Another day, another city walk! I’d already hit upon the Yarra River a tiny bit, but today I’d explore it more at length. 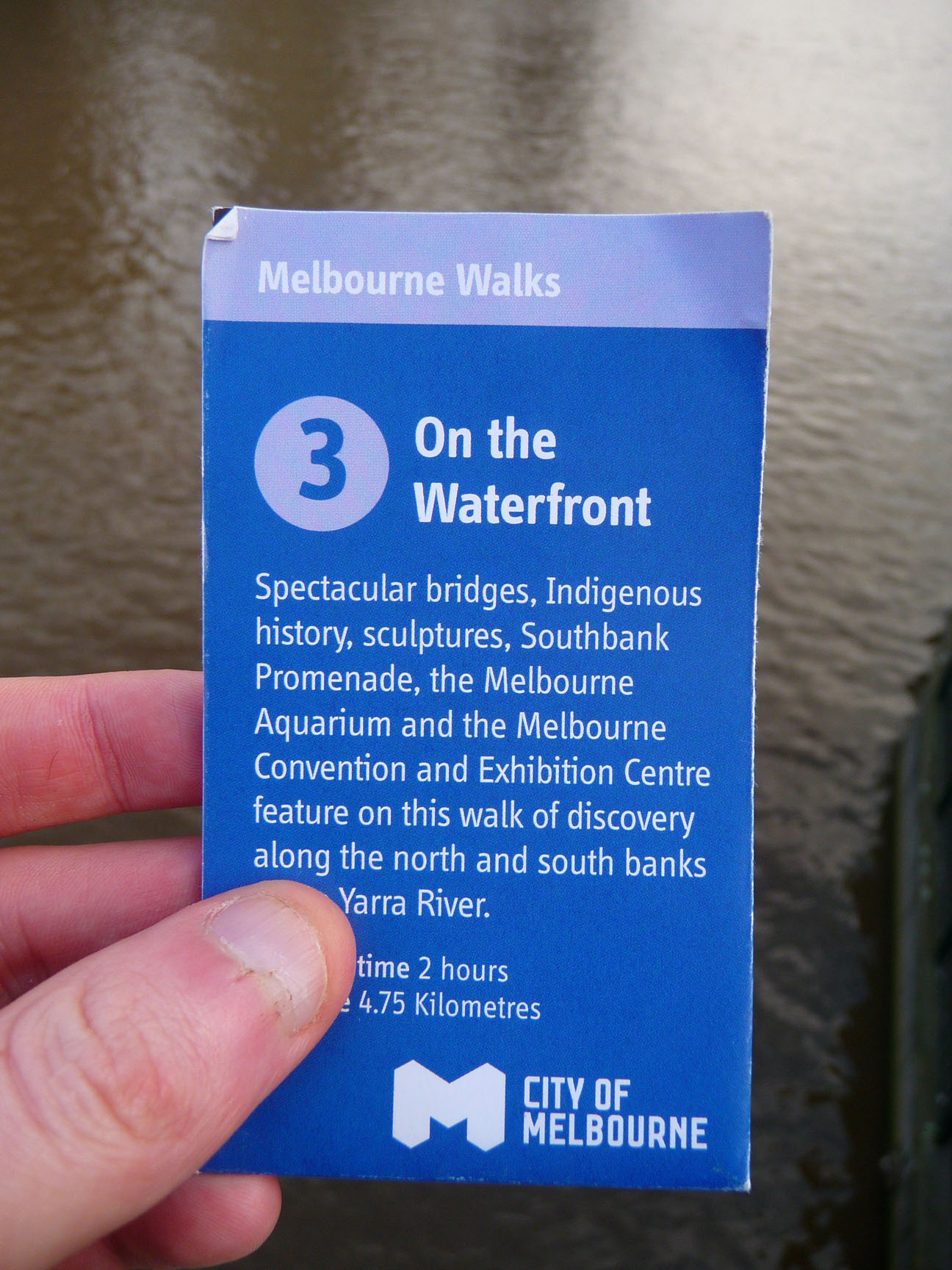 END_OF_DOCUMENT_TOKEN_TO_BE_REPLACED

Generally, road rules here make sense. There is no goofy ‘Give Way’ rule in Australia that New Zealand had (recently abolished there as well!). As Melbourne is a large city, traffic is primarily controlled via stoplights rather than roundabouts. All in all, nothing too special.

Except when you factor in these things:

END_OF_DOCUMENT_TOKEN_TO_BE_REPLACED

A rainy, grey day gives good reason to find shelter amongst the many indoor activities that Melbourne offers. One of the larger, more time consuming options is the Melbourne Museum. From my hostel, to get there I go to walk through the sizable Carlton Gardens. At the middle of the gardens sits the Royal Exhibition Building. 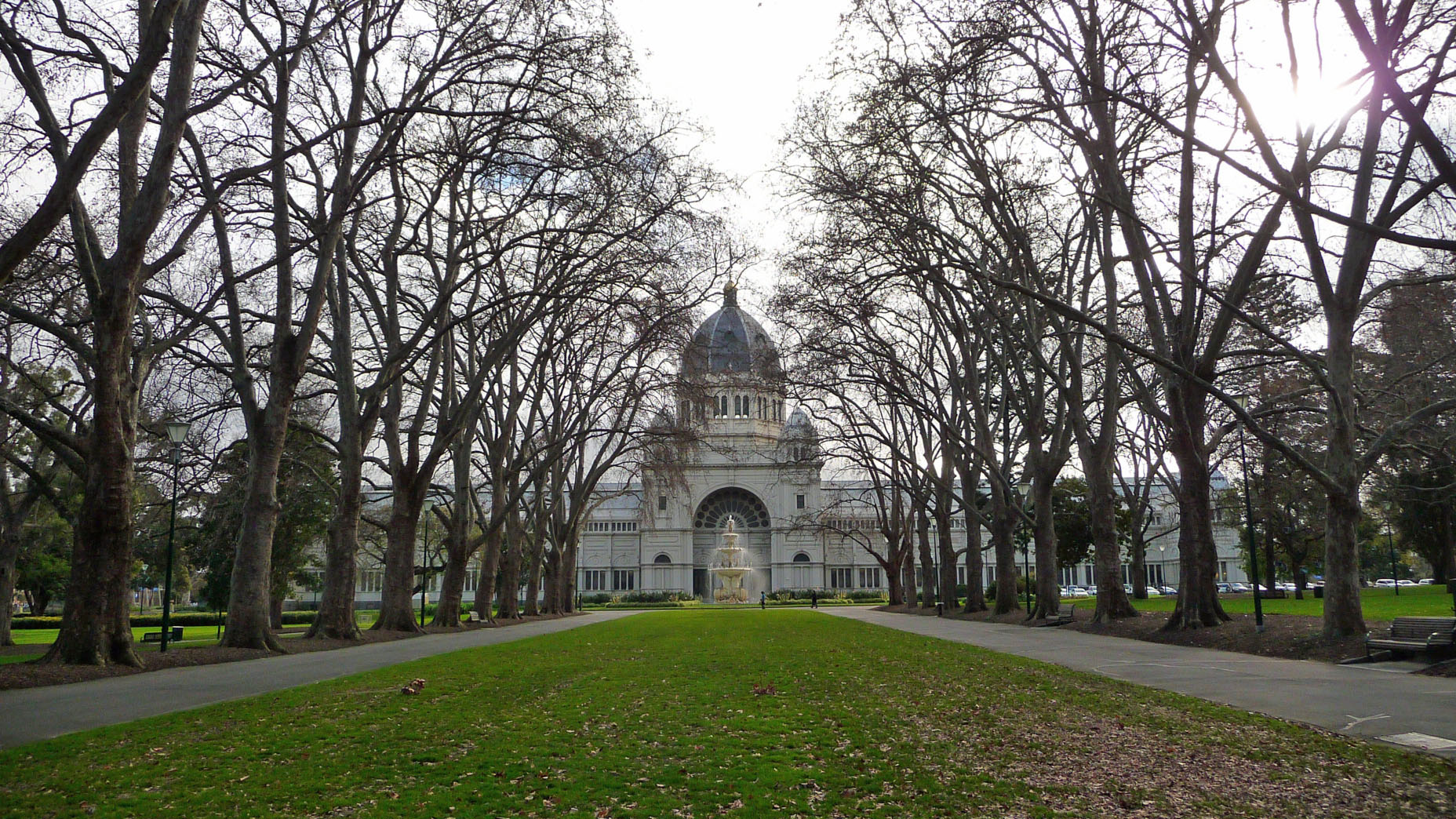 END_OF_DOCUMENT_TOKEN_TO_BE_REPLACED

Australia’s monetary system is quite similar to that of New Zealand, with a couple minor differences.

First, sizing. While the paper bills grow in length as the value increases, the coins…are a bit more random. The $2 coin is actually the smallest coin of the bunch. The 50 cent coin is simply gigantic. It may not look it in the picture, but you really notice when you get the coin. Second is the denominations and rounding. There is a 5 cent coin in Australia (not shown). While there is no penny in Australia, with the 5 cent coin final prices get rounded to the nearest 0 or 5 cent mark. New Zealand took things one step further and eliminated the 5 cent coin, making all rounding, either up or down, to zero. Either way, still nice to not have useless coins. I’d also say that the vast majority of things have rounded to the zero cent mark, rather than the 5 so far. I’ve only gotten a single 5 cent piece back in change after nearly a week. Finally, I found the colour here to be quite striking and different – the NZ currency colour reminded me of Canadian money. Aussie colours are all wrong! $20 should be GREEN! 😉

In the ‘same as NZ category’ (with the fine print of, Canada should really adopt this!), taxes here are already included in prices (10%), and tipping is not practiced, required, or expected. Wonderful! 🙂