Continuing North after the successful visit with the penguins of Oamaru and Dunedin, Hung, Markus and I reached our final destination on their tour of New Zealand – Christchurch. The drive from Te Anau to Dunedin, then northward through Oamaru to Christchurch was the most dreadfully boring stretch of driving I’ve done in all of New Zealand. Much of it is done across plains, not coast line, and not mountains. BORING. Based on that drive alone, I actually altered my plans for once Hung and Markus left – I wasn’t about to willingly drive that stretch again if I could avoid it. There just wasn’t much of interest beyond the penguins and boulders, and this was over hundreds of kilometers of driving. The exception was Dunedin. The city looked wonderful and I liked that area. I’ll be returning there at some point, hopefully.

Anyways, we had made it to Christchurch. Time for more babbling on my part! This probably takes the cake as ‘worst NZ city to drive in’. Numerous one-way roads are part of the problem, but the largest was the NAMING of the roads – they would change the name of the bloody road you were driving on every 4-5 blocks it seemed. This made finding streets, destinations, etc. a downright nightmare. And all of this isn’t even considering the roads closures due to earthquake damage.

There were two major earthquakes in Christchurch – the first, in September of 2010, caused damage but amazingly didn’t result in any fatalities. The second, in February of 2011, the city wasn’t so lucky. Claiming 181 lives, it was a disaster on the scale New Zealand had never seen before. And after seeing the city, is still very much coping with.

Christchurch itself is a lovely place, on foot at least. Right away you notice the huge amount of green space set aside in the downtown core. Gardens, waterways, sports fields and even a golf course give a wonderful and welcoming feeling to the city. 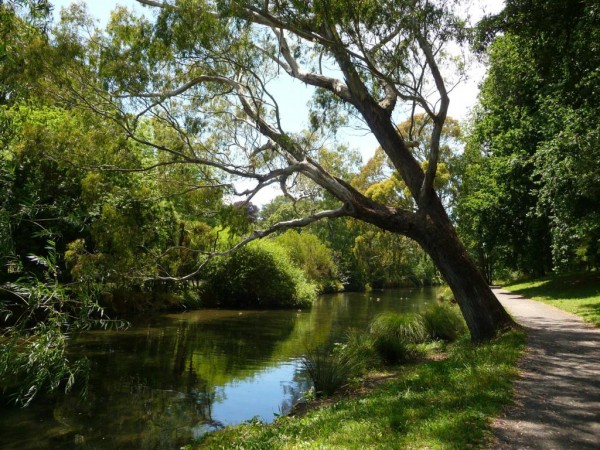 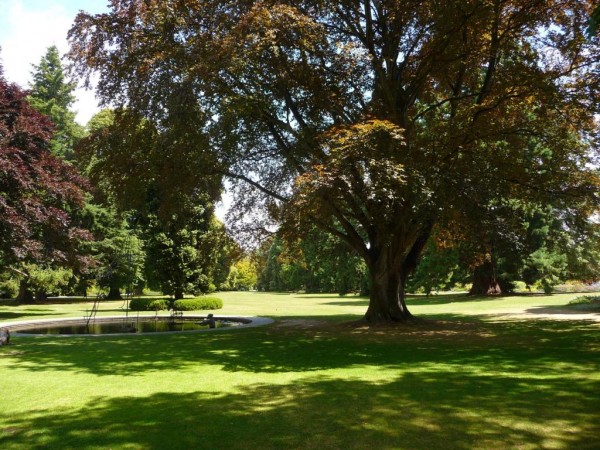 Moving away from the park towards the downtown center, you come across the new ‘Pop-up’ mall that has been created in the wake of the earthquakes. These were designed so that stores could start repopulating the downtown area once again, bringing people back to the city center and getting business up and running again. It made me think that, if a city were to built using Lego, it might look kind of like this…Cool concept and I enjoyed wandering around the various stores there. 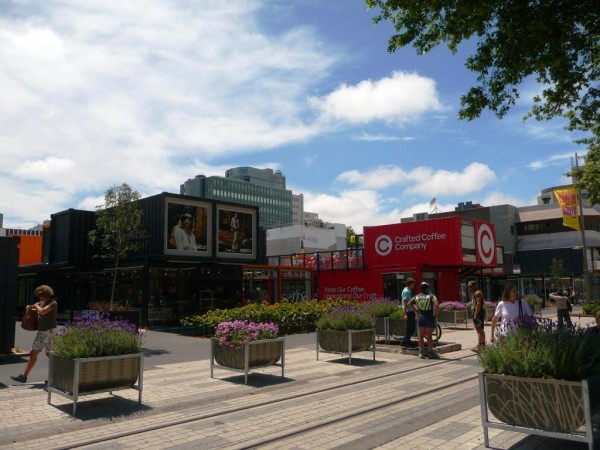 And then you hit the Central Business District (the CBD). Also known as the ‘Red Zone’ now, you can’t actually go into what normally would have been the downtown of Christchurch. It is a ghost town. 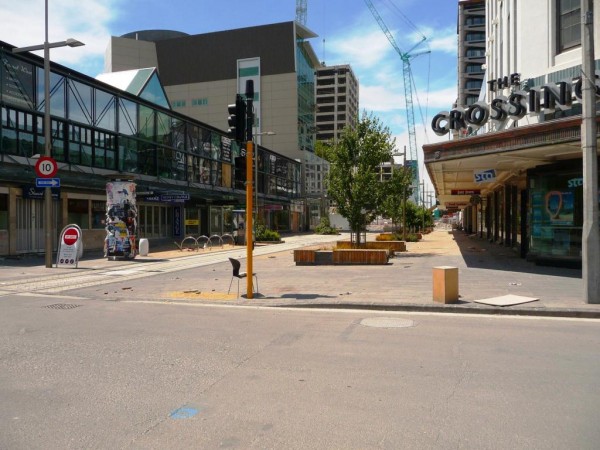 Rubble is strewn about, buildings lay partially destroyed, shattered glass in spots, spots where inches thick concrete heaved or sunk as if it were sand. This part of Christchurch is reminiscent of a post-apocalyptic wasteland. 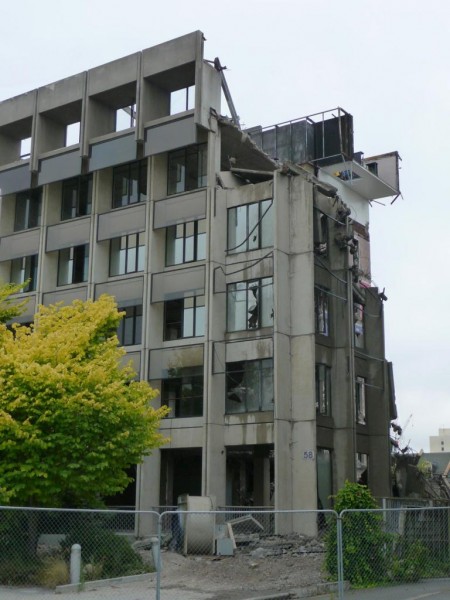 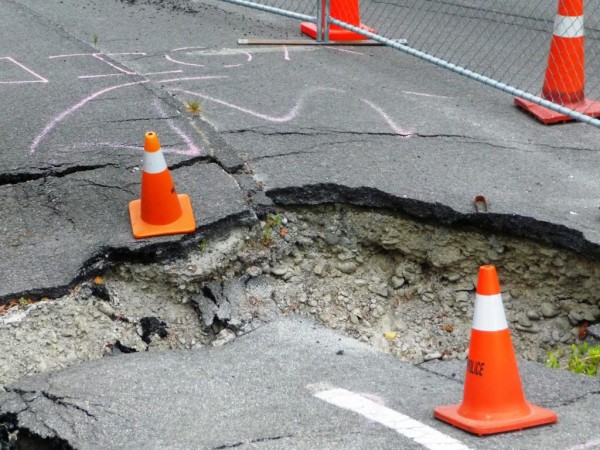 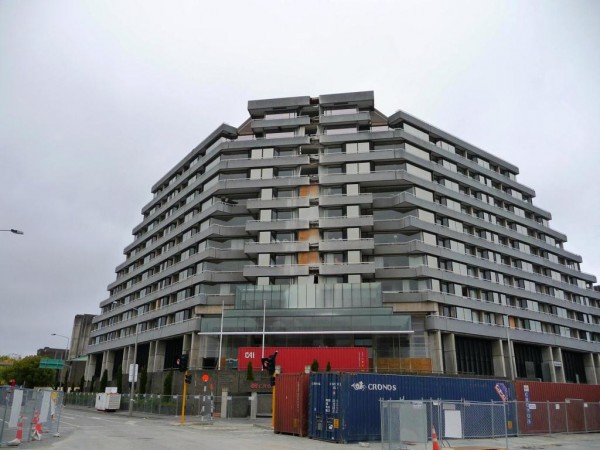 It was if this tiny part of the world stopped in February, 2011. There were still posters up for events advertising events now long in the past. Spraypaint on numerous windows declaring the building unsafe. Boarded up windows. Cordoned off streets. And not a single soul around. 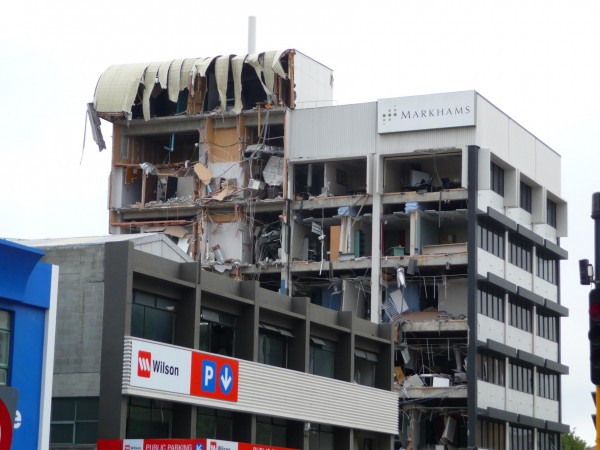 Even on a small scale, looking into buildings through broken windows you’d see where the ceiling had come down in parts, blinds all askew now. Just a bizarre feeling to be walking amongst this. 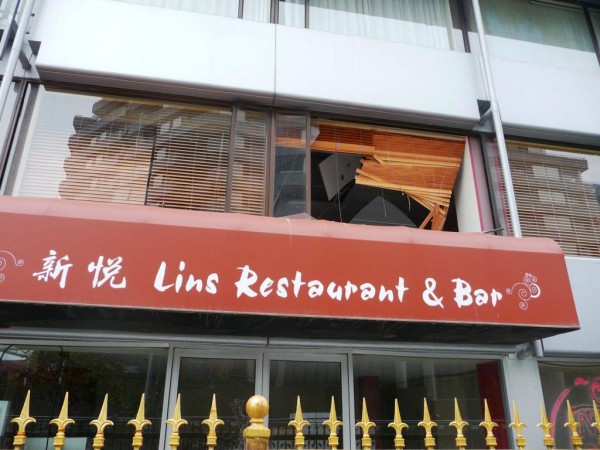 All of this is part of the downtown core, normally a place that would be bustling with people, traffic, and commerce. Now it is deserted. Even the parking lots lay broken. You can’t make it out in the picture, but the pavement had waves in it from the earthquake. 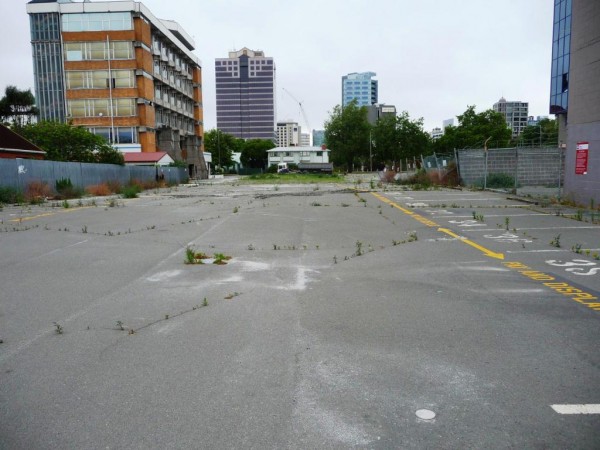 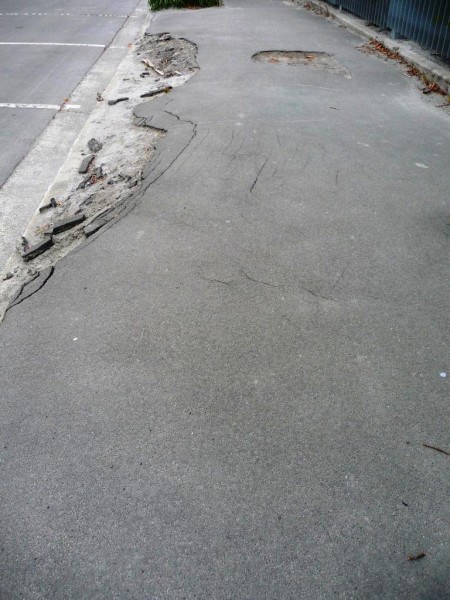 And finally, a left over sign of liquefaction. During the earthquakes, people found silt/sand coming up through the ground as if it were water.  This considerably exacerbated the damage to the buildings and pavement, as the ground beneath was no longer stable enough to support weight in places. The remains are still everywhere.

All in all, it paints a bleak picture of Christchurch. 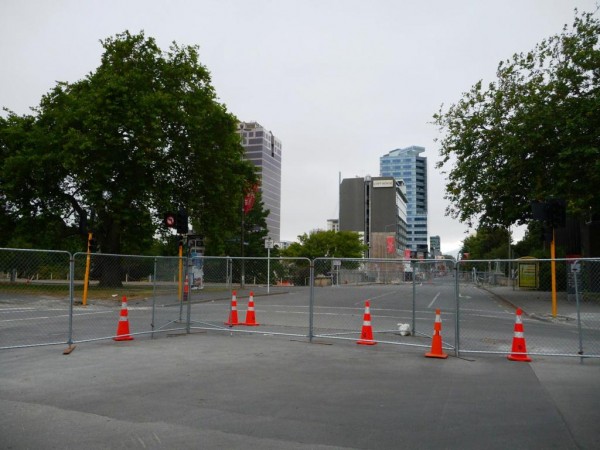 And this isn’t to say that the worst is over – earthquakes are still very much a daily event. In fact, there have been 9000+ earthquakes of magnitude 3 or more since the September 2010 quake. Most are still not strong enough to be felt unless you are sitting/trying to sense them, but those larger ones still happen. While I was there, I felt two quakes, one a quite substantial (to a non-Christchurch person) 4.8. You certainly notice those.

All that being said, it was still an enjoyable and very worthwhile place to visit. Seeing parts of the city in partial ruins is like nothing I’ve seen before in a modern country. It is a good reminder that nature still reigns supreme.