Tasmania really does feel like a forgotten corner of Australia. It isn’t part of the mainland and the climate, people and feel in general is completely different. It was here that I’d be spending the next 3 months working to get a 2nd year Visa.

After a tough goodbye at the airport with Tam, I got ready for my flight.

The flight was uneventful and relatively fast. Next thing I knew I was in the Tasmanian capital of Hobart. Looking for food of course. Hobart loves it’s fish and chips and there are several permanent boats moored in the harbour selling the deep fried delicacies. And ice cream. Naturally I had both. 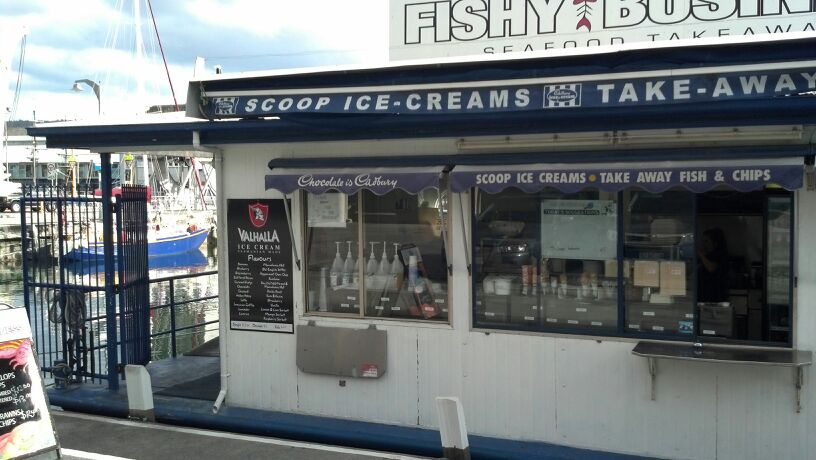 I had one night in Hobart until I was to start work at a vineyard so I treated myself to a tasty dinner.

The next day didn’t go as planned at all. I was supposed to be picked up early in the morning by my new hosts, but wasn’t. I didn’t hear from them until the afternoon. It wasn’t a good start but I made the most of it by eating more fish and chips and ice cream. I caught the bus and took a 2 hour ride to Dover, south of Hobart.

The vineyard was a lovely spot. It was coming up to picking season so work would be busy.

They also had some pigs on the grounds.

Unfortunately, this job was not to be. As detailed here, it just wasn’t for me. At all. Blech!

I returned to Hobart a few days later for try number 2. This one would be more successful.