There were quite a few colourful locals around. 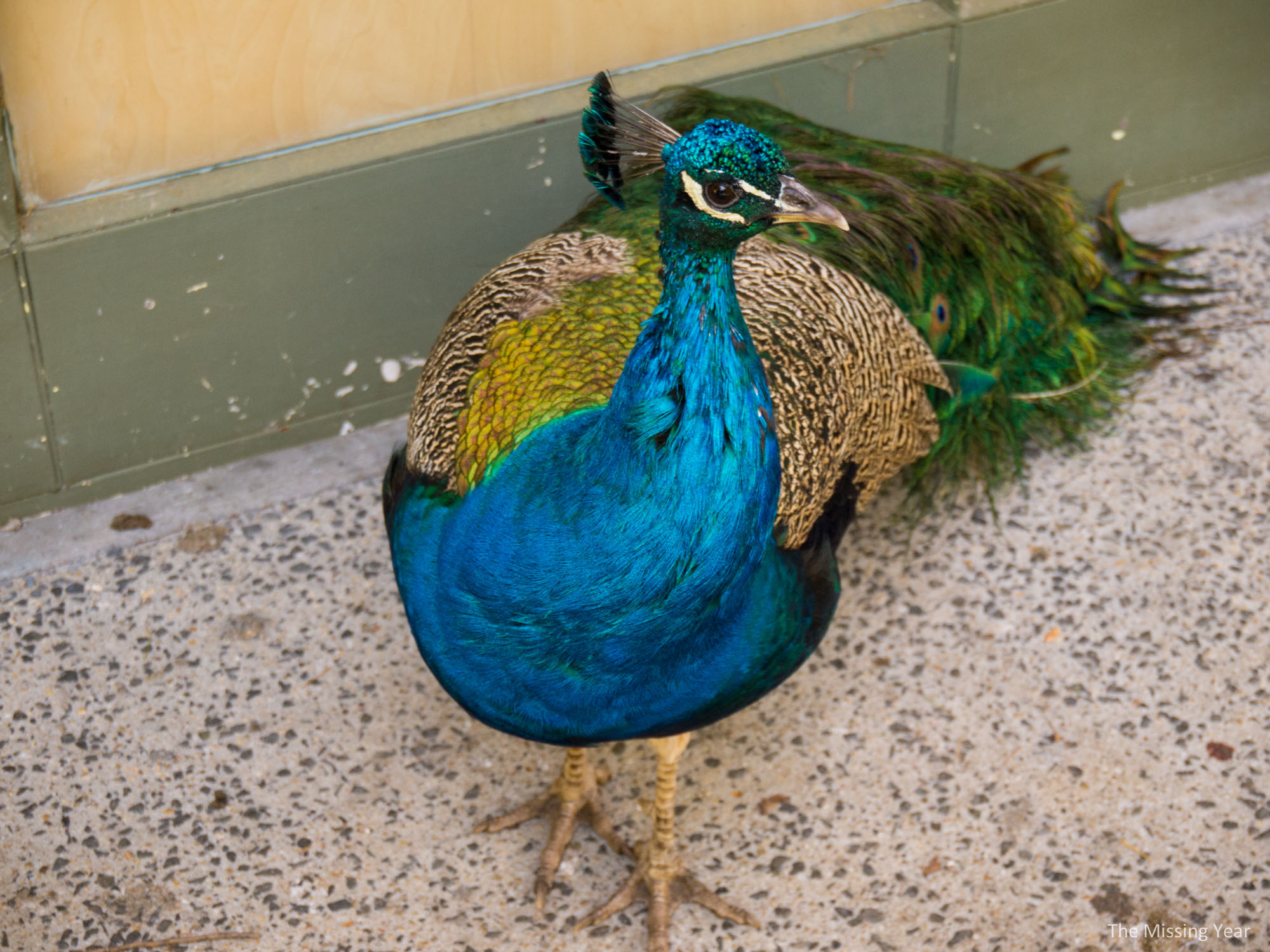 Cataract Gorge has numerous walking tracks and several gorge crossings to take you from side to side. 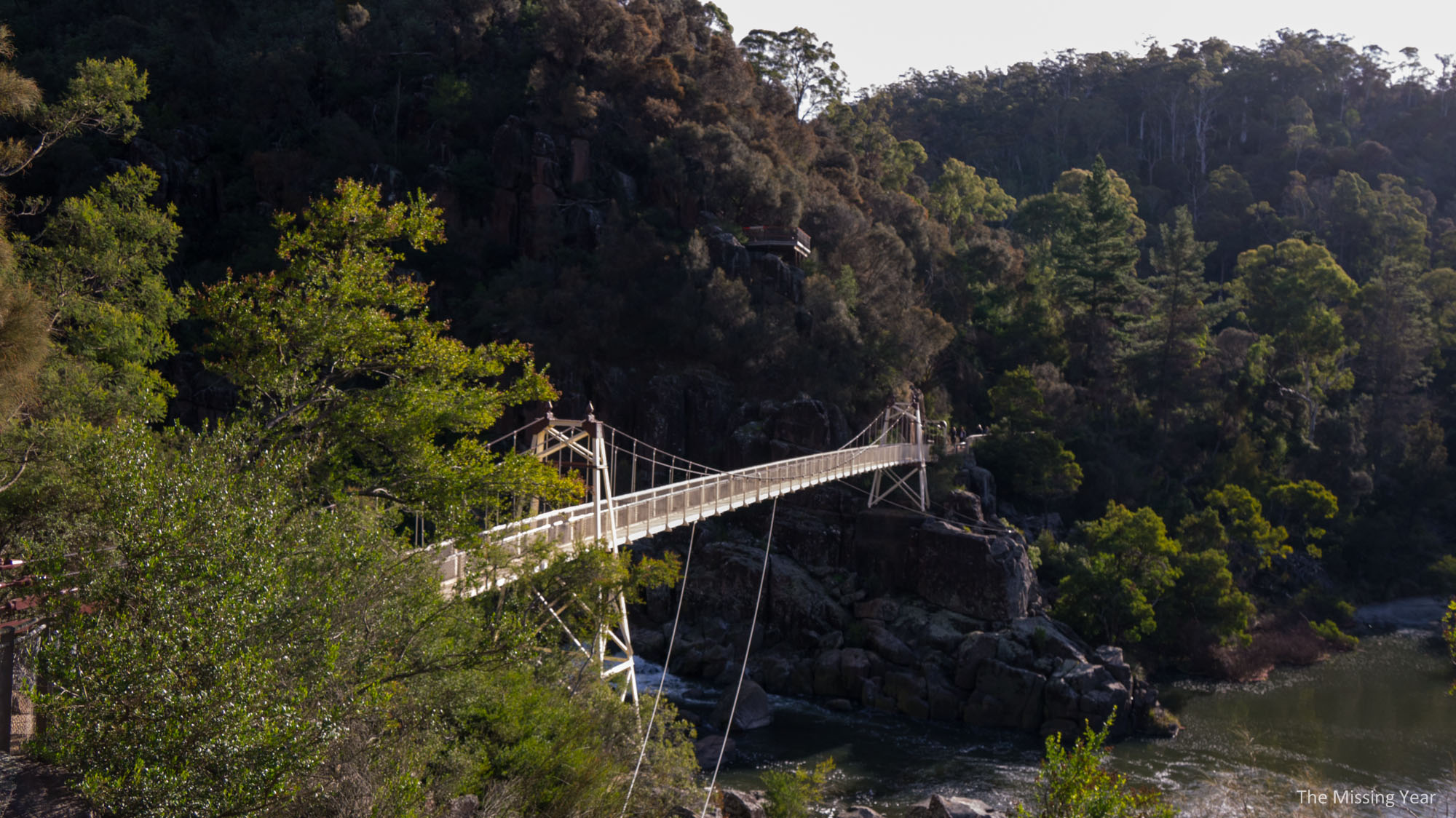 The gorge itself was quite picturesque. This was looking upstream from the bridge. 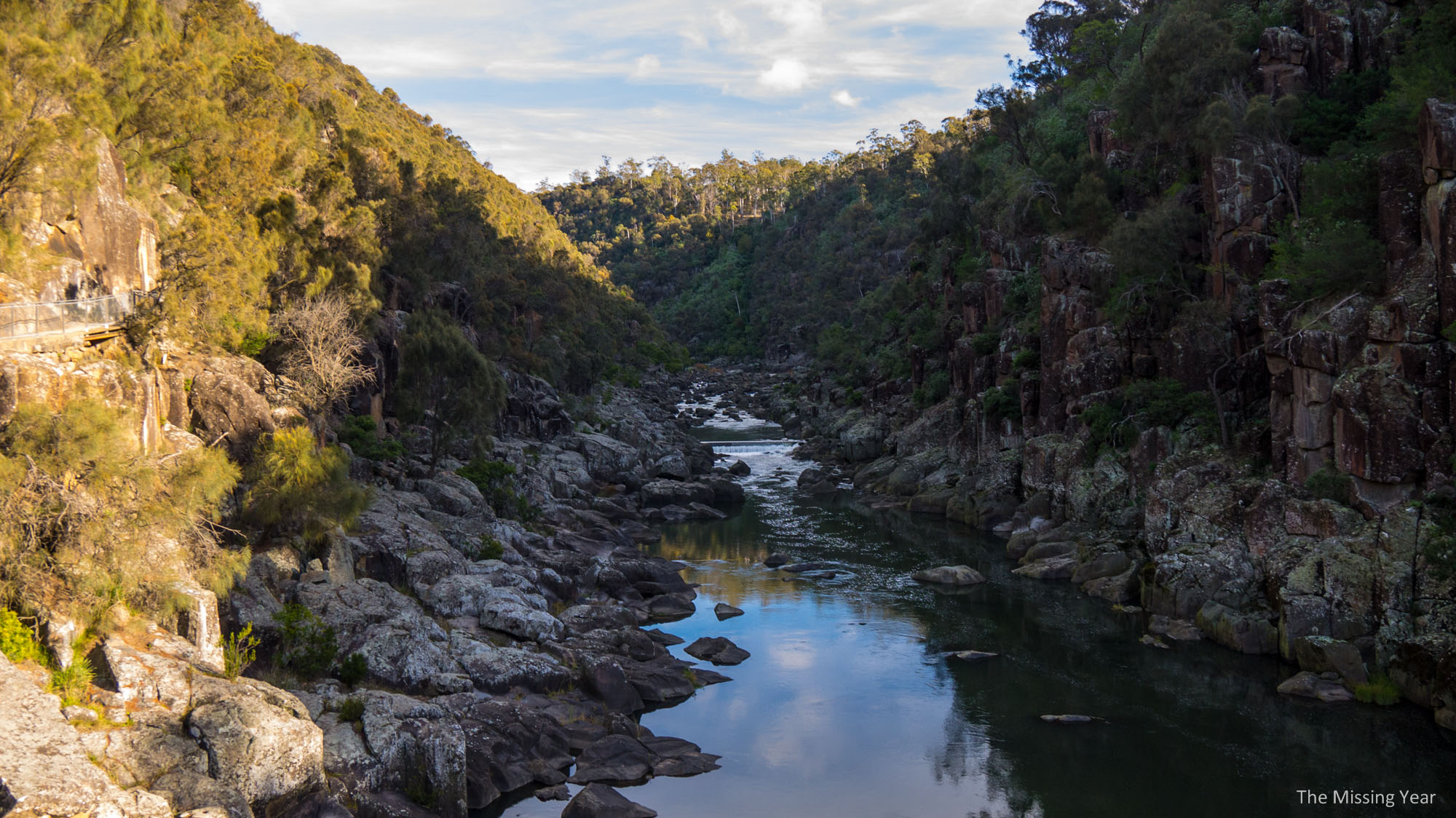 And looking back to the main grounds. During summer this area would be a lovely parkland filled with families, though it does sometimes close due to massive flooding. 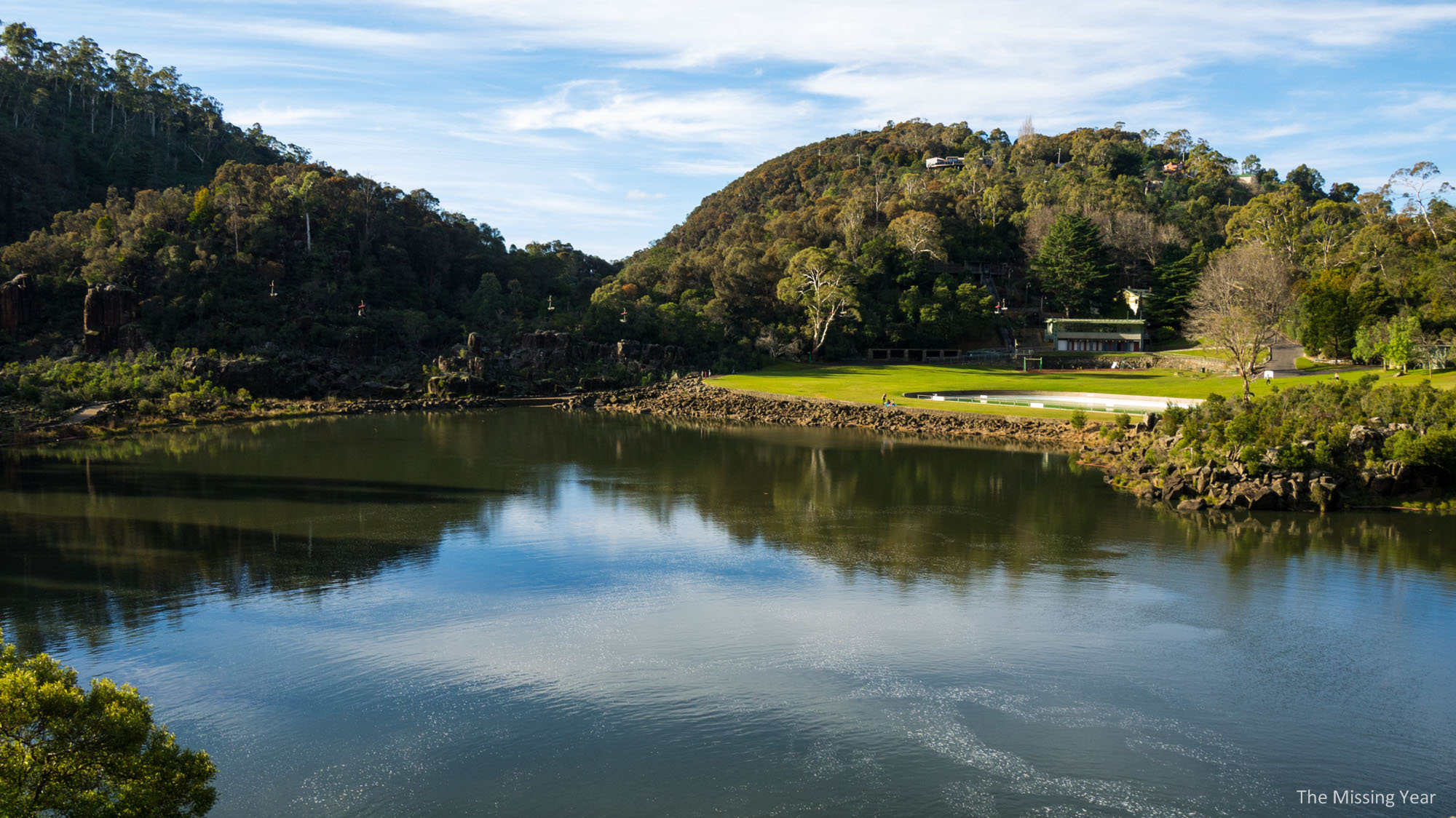 Looking down on the bridge and the green in the distance.

From the bridge I started the main gorge loop hike. There was quite a lot of wildlife around.

Looking back towards the main bridge. With water levels so low, you could also cross at the weir near the center of the picture.

The gorge as it continues out to the Tamar River, which eventually winds all the way out to sea.

One side of the gorge walk is easy and relatively flat. Coming back to the main carpark, I took the other, tougher side. Quite a few more hills to climb, but it also gives a lovely view of the area.

My time in Tasmania was complete. 3 months onwards, I was more than ready to head back to Sydney and rejoin Tam. It was a fun, eventful and enjoyable time in Tasmania, but I was very excited to be finished and going to see Tam in less than 24 hours! 😀