END_OF_DOCUMENT_TOKEN_TO_BE_REPLACED

Our final hike in the Blue Mountains took Tam and I along what is known as the National Pass track, one filled with spectacular scenery, waterfalls and cliffs.

The morning hike started with clearing skies and a lovely lookout.

END_OF_DOCUMENT_TOKEN_TO_BE_REPLACED

The most famous spot in the Blue Mountains sits at the cliffs of the town of Katoomba, the hub of activity and tourism for the National Park. Tam and I stayed in one of the quieter towns nearby, but ate a tasty Crocodile pizza dinner in Katoomba one night. But while in Katoomba we also did make sure to take in the sights. Most of that was done by car, taking the scenic Cliff Drive.

END_OF_DOCUMENT_TOKEN_TO_BE_REPLACED

While Sydney itself has quite a few great hikes available, it doesn’t have any real mountains to explore. But just 90 minutes west the landscape changes from coastline and rolling hills to slightly higher hills in the form of the Blue Mountains.

END_OF_DOCUMENT_TOKEN_TO_BE_REPLACED

The Chinese Year Year celebrations in Sydney are said to be the largest in the world outside of China itself. Naturally I wanted to get in on the action a little bit!

It all started off the night before at the Star Casino, which featured a lion dance and traditional ceremony. I just happened to be there for that one, so I didn’t have my camera at the read. The next day was a planned activity: take in the parade!

It was a night time parade so Tam, myself and a few friends made our way to the end area of the parade in hopes of things being a bit quieter there. Not so much, but we managed to luck into a pretty nice and high vantage point in a bar.

While we waited for the parade to start we got to enjoy a cold beverage and avoid the crowds. After several delays, the Lions started to show up, heralding the start of the parade!

END_OF_DOCUMENT_TOKEN_TO_BE_REPLACED

Royal National Park is a massive national park just to the south of Sydney. It actually is the 2nd oldest national park in the world (Yellowstone NP is the oldest), having been set aside as such in 1879. An early morning train ride from Sydney CBD saw Tam and I prepared to ferry over from Cronulla to Bundeena and start a day of exploring the national park!

END_OF_DOCUMENT_TOKEN_TO_BE_REPLACED

Australia Day is Australia’s version of Canada Day…sort of. Australia didn’t gain independence on Australia Day (that instead happened January 1st, 1901), but it is the day that the First Fleet arrived in Botany Bay, beginning the European colonization of Australia. Still, it’s a big public holiday with lots of fireworks and celebrations. So Tam and I went around to take in some of the events.

We began with the Opera House and watching some boats and ferry races. Yes, they race the ferry boats here, and even dress them up. Then we wandered some parks, filled with festivals and food stalls. And since all of these places were filled with people, we decided to take a break from crowds and went and saw a movie instead (Wreck-It Ralph, lots of fun). We then returned to brave more crowds as we watched the tall ship parade in Darling Harbour. 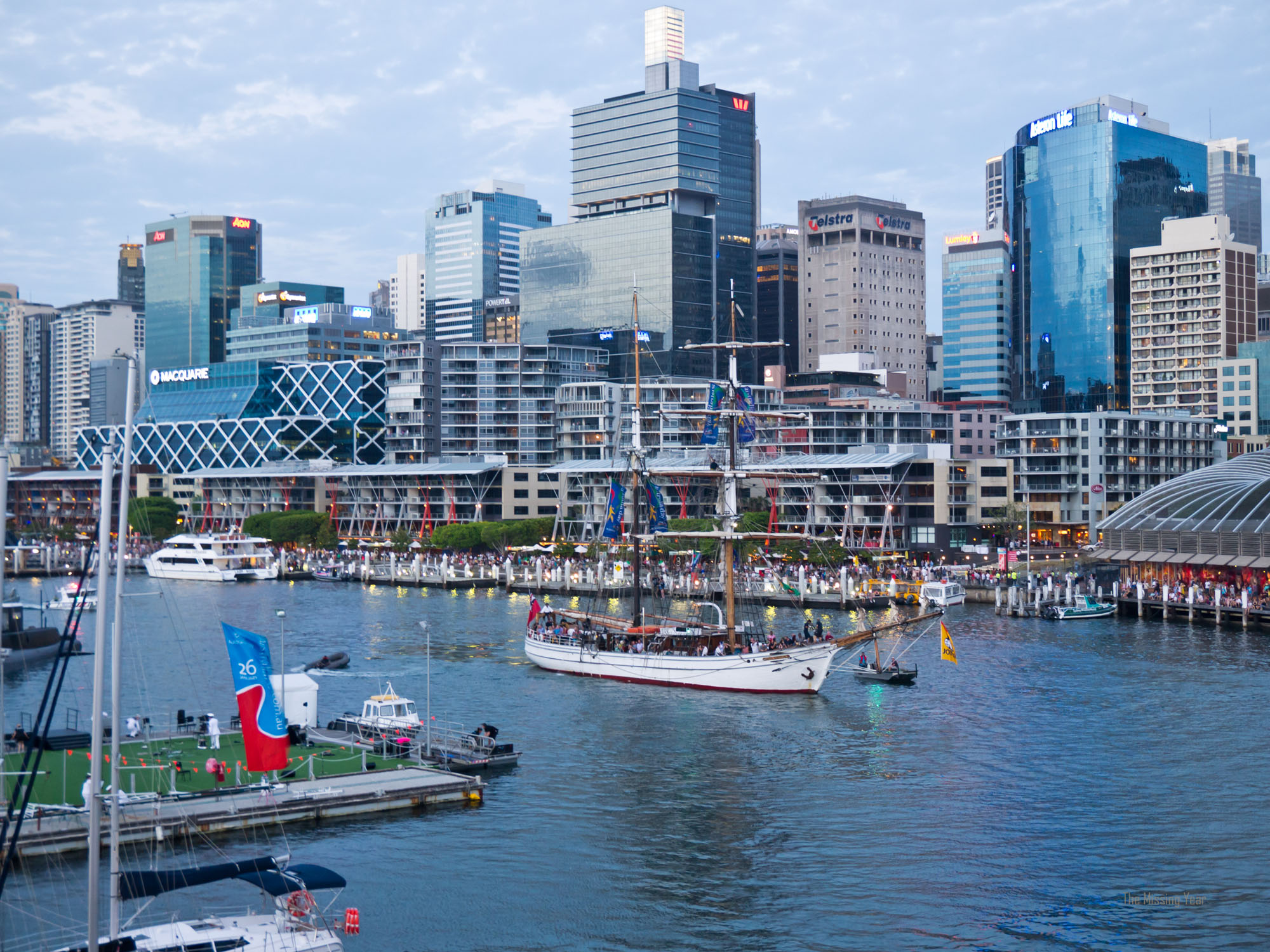 END_OF_DOCUMENT_TOKEN_TO_BE_REPLACED

One day in January was a particularly great day. Not only did Tam and I have a wonderful day hiking from Watson Bay to Bondi via South Head with a tasty Fish and Chip picnic when we got there, but something was waiting for us when we got back to Sydney proper and Darling Harbour.